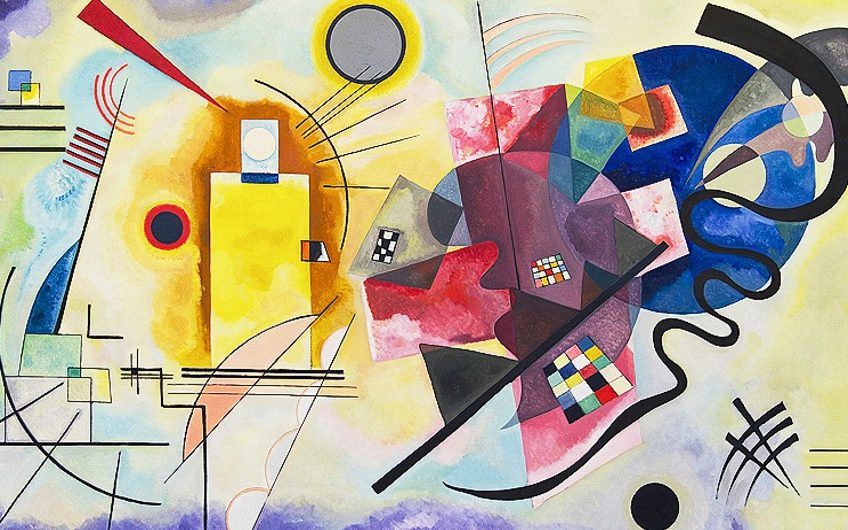 What is visual art? Visual art is work that is intended to be viewed visually. There are several different types of visual art, and creative works may be made with a variety of materials, methods, and techniques. In this article, we will look at the various visual art forms and visual art examples.

What Are the Three Types of Visual Arts?

While the larger definition of “the arts” includes everything from painting to theater, song, design, and much more, the visual arts definition includes those artistic achievements that can be seen, such as statues or paintings. These types of visual arts can be divided into three categories: decorative, commercial, and fine art. Each one of these visual art types has subcategories, and they might be representational, abstract, or non-objective.

Paintings, sculptures, dress or fashion designing, sketching, printing, pottery, photographing, videography, cinema, graphical or commercial styling, handicrafts, and architecture are examples of broader visual art genres. Let us look at these various visual art types as we all as examples of visual arts.

Fine art can be described as a type of art that is created mostly for its visually pleasing qualities. This concept differentiates and raises fine art above decorative and commercial arts that also have a functional purpose. High art permits an artist’s creativity to be fully expressed and displayed without regard for commercial or practical factors such as utility.

Whereas the fine arts can include seven various categories of art, the fine visual arts have traditionally been limited to three: sculpture, painting, and architecture.

Nevertheless, larger definitions of the fine visual arts would also include sketching. Even if they were precursors of painting or three-dimensional forms of art, the masters’ sketches are recognized as excellent art on their own merit. From the Renaissance era forward, the phrase “fine arts” was used to separate specific art forms from new types of commercial design or the labor of artisans. What makes this art “fine” is not a remark on the caliber of the piece in question. Rather, the definition is concerned with the technique and integrity of the discipline. 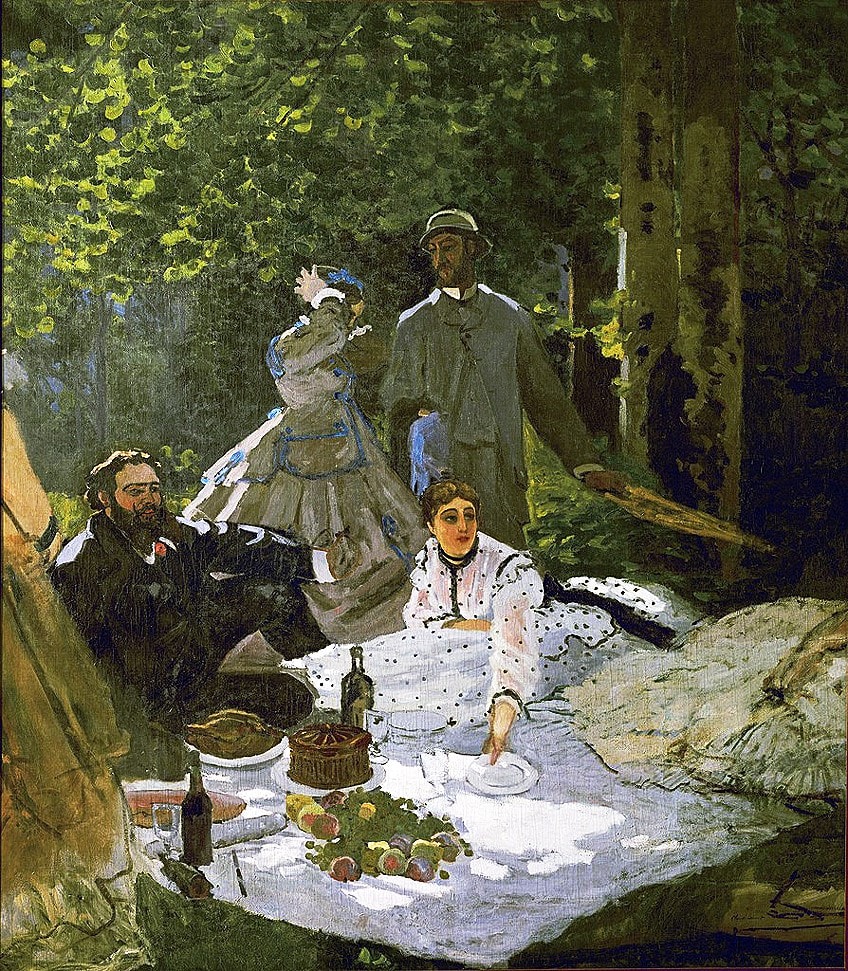 Other types of visual art might be of high quality while not being designated as “fine art.” Although “fine art” is primarily a Western phrase, other civilizations have recognized comparable divisions between “higher” and “lower” arts. Sculptures, paintings, and building architecture are commonly referred to as the “major arts,” with “minor arts” alluding to decorative or commercial art genres.

Architecture is the only type of great visual art that has a feeling of usefulness or practical features. Nevertheless, not all ordinary structures will be classified as fine architecture.

The architect’s design must nonetheless incorporate a feeling of beauty and inventiveness. Renowned fine artists often have a higher reputation and notoriety than their decorative and commercial equivalents, either during their lifetimes or after their deaths. Older artwork, such as that of ancient antiquity, is usually considered fine art. Michelangelo and da Vinci, among the “Old Masters” who painted between the Renaissance and the 1800s, are noteworthy fine painters. While many older or classical works of art are considered excellent art, new and contemporary works are as well. 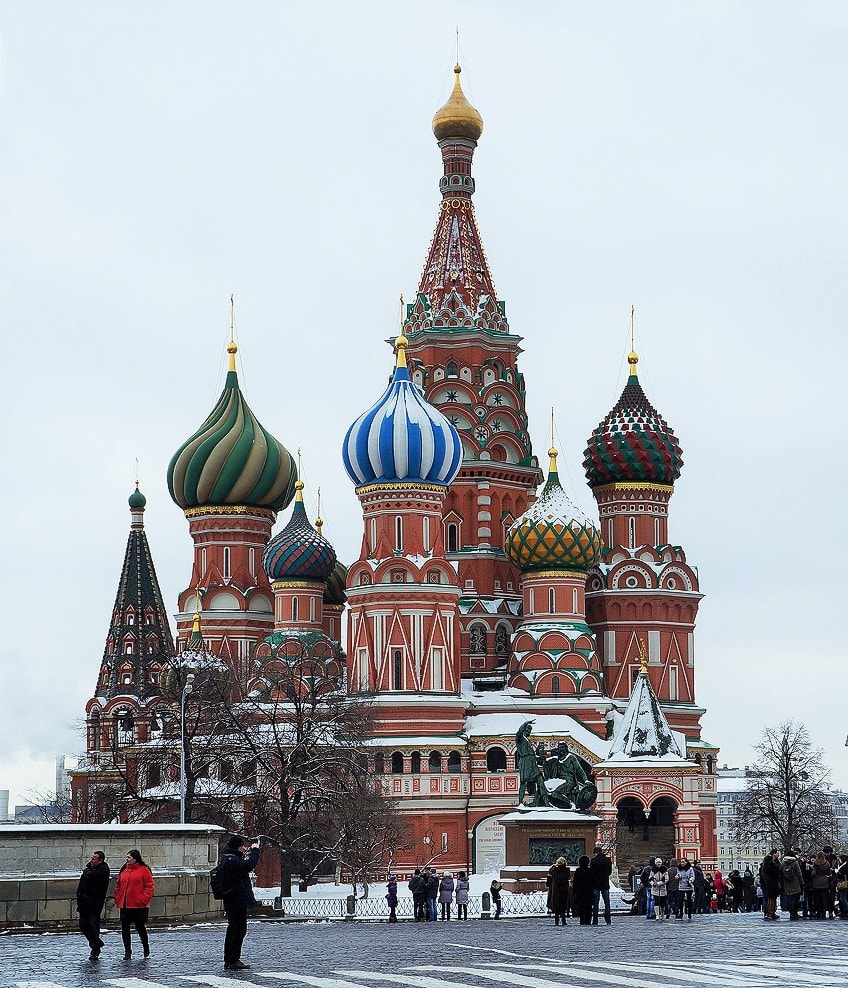 A good example of architecture is Saint Basil’s Cathedral from the Red Square in Moscow. Its prominent onion-shaped domes, painted in bright colors, create a memorable skyline, making St. Basil’s a symbol both of Moscow and Russia as a whole; PIERRE ANDRE LECLERCQ, CC BY-SA 3.0, via Wikimedia Commons

Numerous modern fine artists have broadened the definition of fine art by drawing motivation or elements from other forms of visual art.

Yet, the one-of-a-kind, limited character of their art, as well as their unrestricted creative liberty, keep modern fine artists at the top of their game. Jeff Koons, David Kracov, Yayoi Kasuma, Barbara Kruger, and Damien Hirst are some of today’s most well-known modern fine visual artists.

Decorative arts are frequently disregarded as art forms due to the fact that they are both aesthetically pleasing as well as functional. The terms “decorative arts” and “crafts” can be used alternately; the design and fabrication are both attractive and utilitarian. Objects manufactured for the interiors of structures and interior design are examples of ornamental arts, however, architecture is not generally included.

The decorative arts can incorporate commonplace goods, but they are separate from mass-produced reproductions of these items. 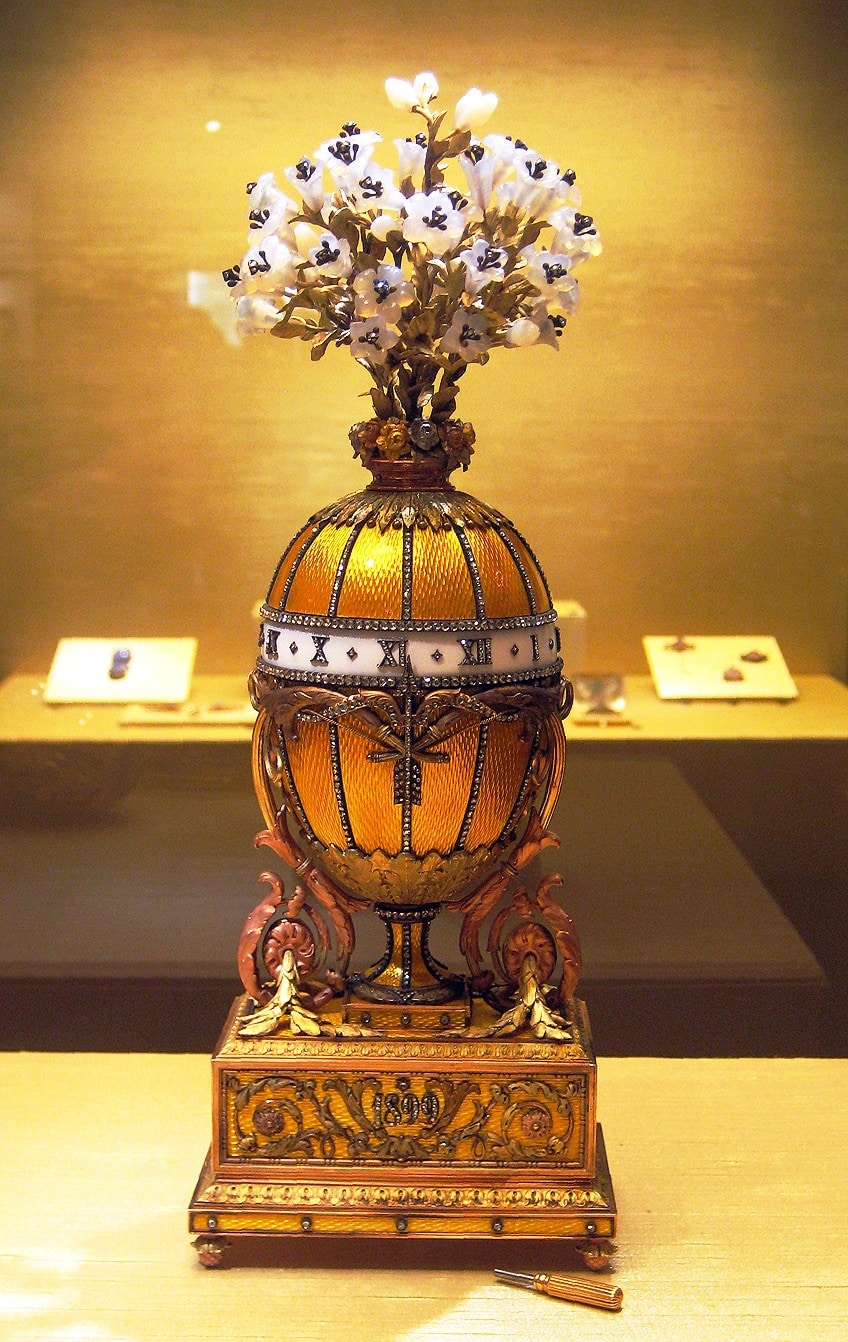 An object is typically regarded as a decorative art if it is handcrafted by a skilled craftsperson. Pottery, glassware, carpentry, fabrics, enamelwork, and metalworking are common decorative art techniques. Each of these media may be further subdivided; for example, the textile medium comprises everything from dressmaking to wall tapestries, basket weaving, needlework, and interior materials.

The ornamental arts are prevalent in cultures all across the world. Textile designer William Morris, jewelry and pottery craftsman Peter Carl Fabergé, and others are among the most well-known decorative artists.

When compared to their colleagues in painting or sculpture, decorative artists are frequently obscure. Nonetheless, their work is equally significant in relaying the histories and stories of societies both past and present.

Commercial art, like ornamental arts, may be both utilitarian and aesthetically pleasing. It is an artistic service developed for monetary gains, such as marketing. Commercial art is used to generate interest in and sales of companies, goods, and concepts. Commercial art is commissioned by brands and corporations to express a specific message to an audience.

Commercial art may be seen in a variety of mediums, including publications, websites, applications, television, retail displays, and product packaging. Commercial art is frequently seen in new types of media, yet it has been used to advertise items for millennia. This art form is used not just by companies and corporations, but also by the government and the military as a means of communication. Commercial painters created famous military recruiting posters, state propaganda, and even infrastructure projects.

Commercial art includes London’s renowned Tube logo, early Coca-Cola advertising, and Andy Warhol’s Campbell’s soup advertisements. Commercial artists are either recruited or commissioned to make works of art for paying customers. Commercial artists, unlike fine painters, generally work to a brief but might still have enough artistic flexibility or flair to create experimental or pioneering commercial art. Many of the avant-garde painters who rose to prominence during the Art Deco, Art Nouveau, and Pop Art eras were commercial artists.

Andy Warhol, Norman Rockwell, Alphonse Mucha, and Takashi Murakami, are among the most well-known commercial painters.

Some artists began their careers in commercial art before transitioning to fine art, and vice versa. These artists are frequently responsible for blurring the boundaries between high and low arts and questioning the concepts of exclusivity that are typically associated with the fine arts.

Before becoming the well-known artist he is today, Andy Warhol made artwork for companies such as Campbell’s Soup and Brillo. Contemporary artists such as Takashi Murakami blur the lines even further by creating fine art that incorporates styles and motifs from “low” commercial arts such as anime. Murakami displays and develops fine art as well as mass-produced commercial art, frequently in cooperation with businesses such as Louis Vuitton and performers including Kanye West and Billie Eilish.

The Various Classifications of Art

Any artwork that displays plainly recognized or recognizable subjects is considered representational art. Representational art is the most universally renowned and widely loved art form. Due to the other two groups, non-objective and abstract, being comparatively younger forms, this category also has the most art accessible.

The majority of ancient and classical art is classified as representational art. 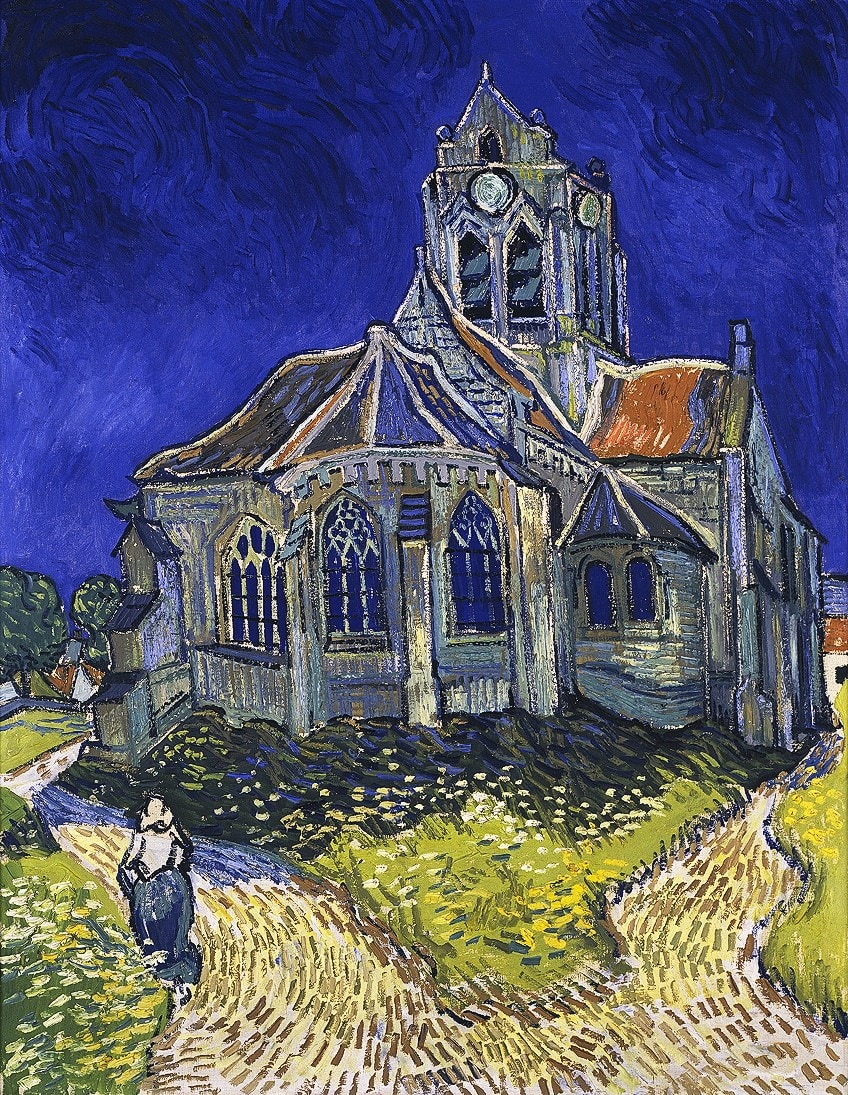 The church in Auvers-Sur-Oise, view from the Chevet (1890) by Vincent van Gogh; located in the Musée d’Orsay in Paris, France; Vincent van Gogh, Public domain, via Wikimedia Commons

Despite showing actual items, figurative art is not necessarily hyper-realistic; unlike photography, it does not have to reflect the subject correctly. Vincent Van Goh, Michelangelo, Leonardo da Vinci, Edward Hopper, and Frida Kahlo are examples of representational artists.

Abstract art draws themes or inspiration from reality and displays them in ways that vary from how we see the same subjects in our daily lives. This might include highlighting lines, forms, or colors that change the topic. Cubism, Minimalism, and Precisionism are subcategories of abstract art. Abstraction may also occur when the artist chooses to perceive the subjects in an unconventional manner.

Abstraction is a relatively new addition to the art world, with its origins in the Impressionists’ diversions from realism.

At the end of the nineteenth century, it began to acquire popularity in many forms all across the world. Painters began to adopt a more cerebral approach to their work. This new method of art can be seen in Magritte’s artwork The Treachery of Images, which was completed in 1939. The words “This is not a pipe” are written in French beneath a figurative painting of a pipe. The idea is that the artwork is simply a picture of a pipe, and not the actual pipe itself. This era’s artists were viewing paintings as pictures, allowing for a new kind of intellectual expression.

Many individuals struggle to comprehend the distinctions between abstraction and non-objective art. The obvious distinction is in the subject matter.

The artwork is deemed abstract if the creator begins with a topic from reality. Abstraction, notwithstanding its rising popularity, is just about 200 years old and remains a misunderstood art form. Mark Rothko, Henri Mattise, Georges Braque, and Jasper Johns are examples of abstract painters.

Non-objective art deviates from reality in no way. It is similar to abstraction but differs in that it is not based on reality. Non-objective art, on the other hand, employs the components, materials, and concepts of art to produce visually appealing work. 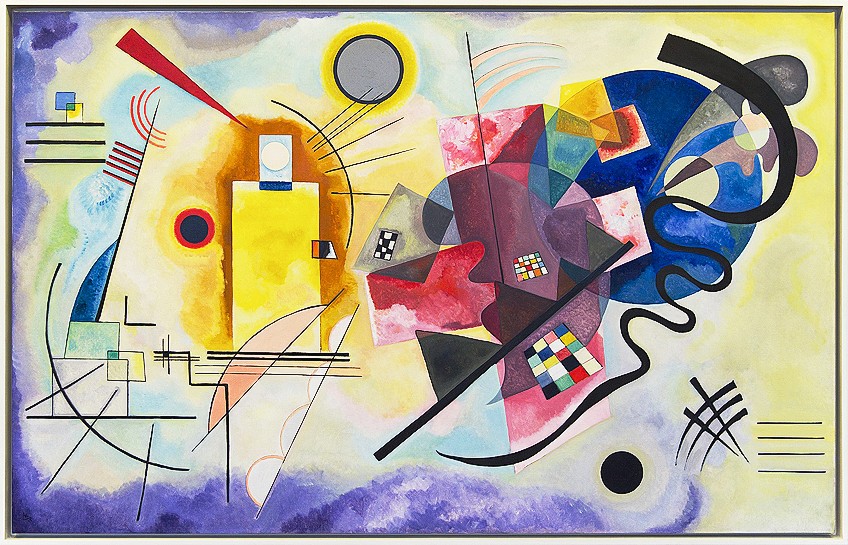 That concludes our look at the various visual art forms and visual art examples of artists in those forms. Today, the term “visual arts” refers to both commercial arts and fine arts, as well as applied decorative arts and crafts. It has not always been this way though. Until the 20th century, the term “artist” was frequently reserved and limited to artists working in the fine arts. Handicraft, crafts, business, and industrial art media artists were frequently disregarded. Nowadays, there is much broader respect for artists’ skill and aptitude in all types of visual arts.

Take a look at our visual art webstory here!

What Are the Three Types of Visual Art?

The visual arts definition encompasses visible artistic works such as monuments and paintings. These visual arts are classified into three types: ornamental, commercial, and fine art. Each of these genres of visual art includes subcategories that might be representational, abstract, or non-objective. Paintings, sculptures, costume or fashion design, drawing, printing, ceramics, photography, videography, film, graphical or commercial style, handicrafts, and architecture are some examples of larger visual art disciplines.

What Is Visual Art?

The larger definition of the arts includes everything from painting to theater, song, design, and much more, the visual arts definition includes those artistic achievements that can be seen, such as statues or paintings. The artist’s goal frequently informs us of the sort of work we are watching. Aside from that, the medium’s application might have an impact on the sort of artwork.