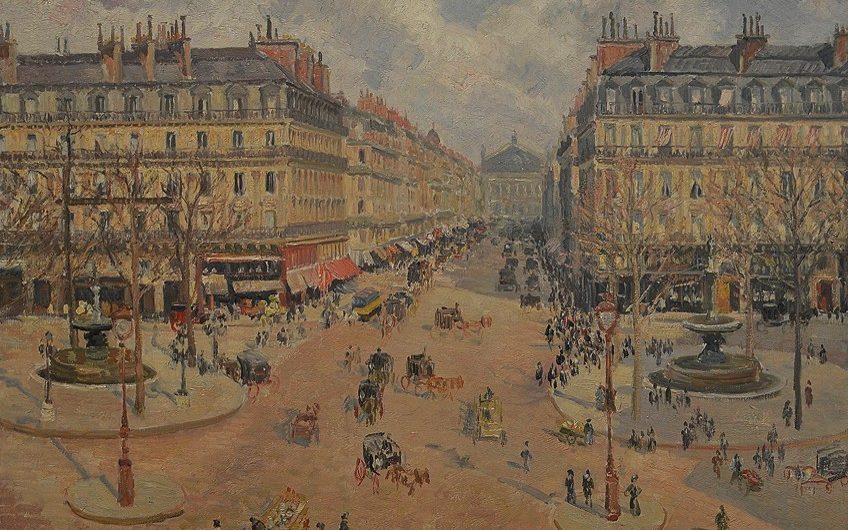 When we talk about space in art, we do not necessarily mean outer space like the moon and the stars. Although these can be an illustrative analogy for the definition of space in art, which we will discuss in this article.

Space is one of the elements of art, and before we explain it in more detail let us provide some context. There are seven elements of art, namely, color, line, form, shape, texture, and value, including space. The elements of art are utilized in the visual arts to compose an artwork, be it on a two-dimensional surface like a canvas or a three-dimensional structure like a sculpture or an installation.

In art history, the elements of art are also utilized to conduct a formal analysis.

These provide a set of rules, so to say, to better understand an artwork and its compositional structure. For example, understanding how space as an art element works will allow us to interpret any artwork in terms of how it utilizes space and any other art elements applied alongside it.

What Is Space in Art?

Space is usually described as the “area” that is either around, inside, or between an artwork. Furthermore, there is always an action that takes place on our, the viewers’, part when we engage with a work of art, and in turn, we engage with the space in or around it too.

This can be the space between the subject matter in a painting, a photograph, or graphic art, which we stand in front of and view. 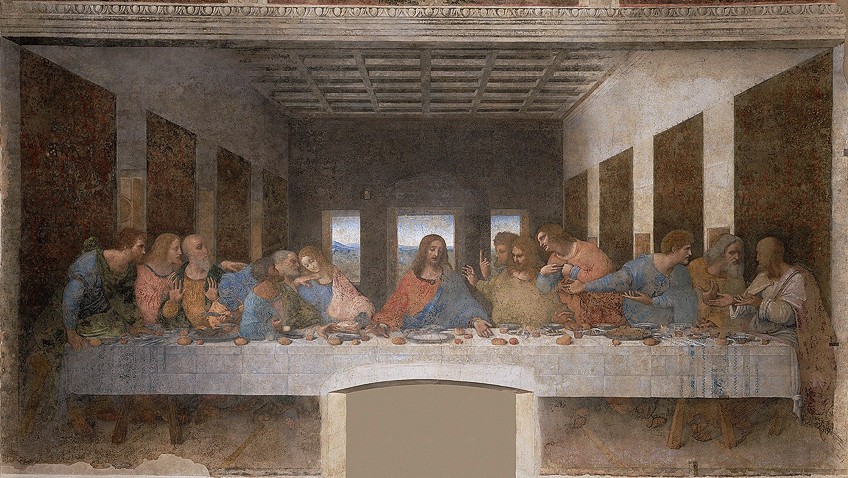 It can also be the physical space around or between a sculpture, which we walk around, or the space inside an architectural structure, which we move in and out of. Below, we will expand on space further, discussing the types of space, and providing various space in art examples to illustrate the above-mentioned ideas.

The Types of Space in Art

There are several types of space in art to be aware of, or that you may have heard of before. All of these can be applied with various techniques to create different pictorial effects in artworks. For example, perspective and depth, with the assistance of other art elements like color, value, or texture, can create a three-dimensional space on a canvas.

Space can emphasize a specific subject matter and lead our gaze towards it. 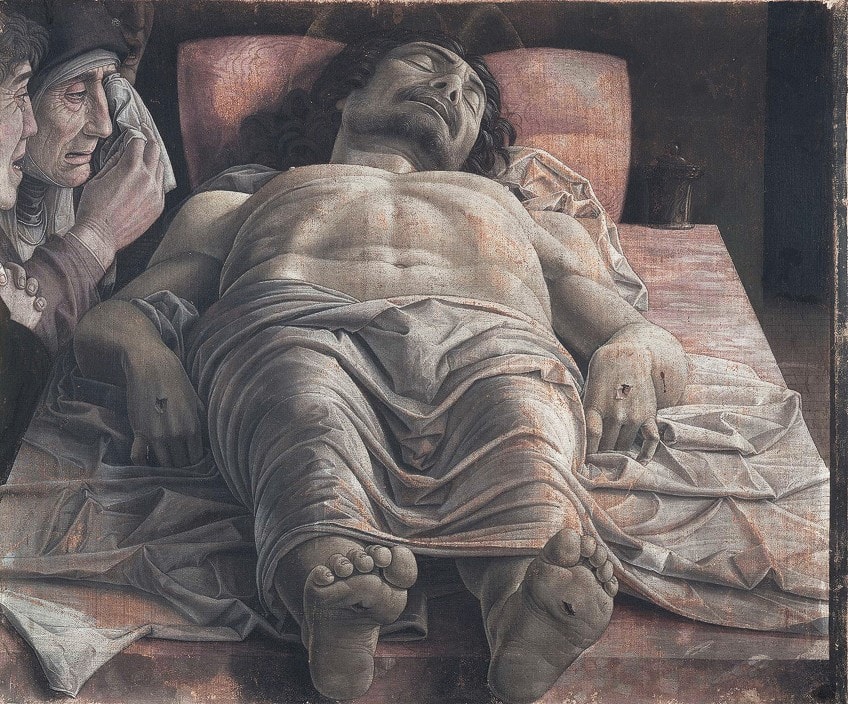 Furthermore, space in art can also evoke emotional responses and create certain moods due to the manner it is utilized. These effects will inform and direct how we interact with and interpret the overall artwork or structure, in other words, how we interact with the space physically, emotionally, and mentally. Let us look below.

It is important to remember variety when it comes to positive and negative space, and that negative space is not always completely boring like a white piece of paper.

Another example includes Michelangelo’s fresco “The Creation of Adam” (c. 1512) on the Sistine Chapel ceiling in the Vatican City in Rome, Italy. The famous painting depicts Adam on the left and God on the right reaching out to one another, their index fingers just about to touch.

The two figures, God and Adam, who are about to connect, fill up the positive space in this painting, creating burgeoning anticipation of what is about to happen. However, notice the space behind them. The background is seemingly more neutral and does not depict anything that draws our attention to it, which would be considered negative space.

The Creation of Adam (c. 1512) by Michelangelo, located in the Sistine Chapel in the Vatican City, Italy; Michelangelo, Public domain, via Wikimedia Commons

This is also an open space that emphasizes the main focal point, which is the creation of Adam. This is another example of how space can draw our attention to what we need to see in a visual composition. In sculpture, the Recumbent Figure (1938) by Henry Moore is another good example of three-dimensional space.

Here, the figure, made from stone, occupies the positive space and we can see the negative space around it and between the open spaces of it.

Deep and shallow space refers to the degree of depth a picture plane has. For example, deep space, which can also be referred to as three-dimensional space, in a visual composition consists of the foreground, middle ground, and background. We, the viewers, will be able to see the subject matter that is further away as well as closer to us.

With this, three-dimensional space is often described in terms of height, width, and length, providing more depth.

Deep space in art examples includes the Renaissance painting by the Italian Pietro Perugino titled Delivery of the Keys, which is also titled Christ Giving the Keys of the Kingdom to St.Peter, (1481 to 1482). Here we see the illusion of depth created through various techniques like linear and atmospheric perspective. 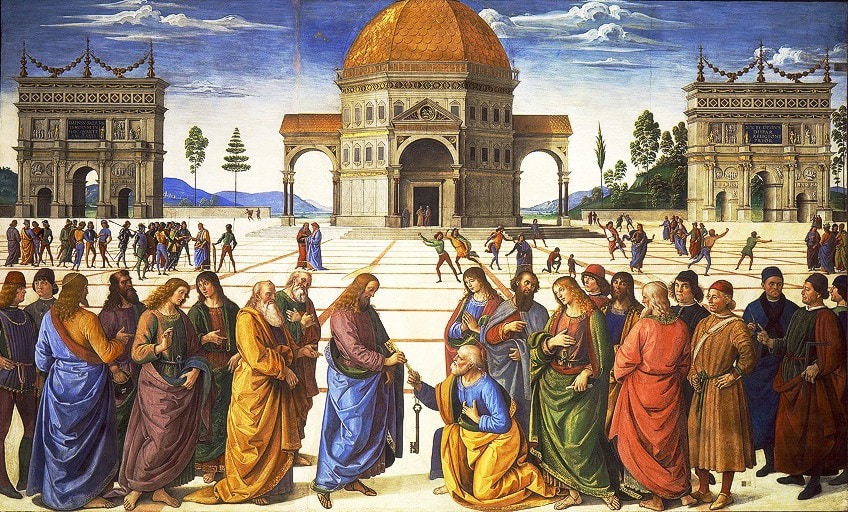 Another example is Avenue de l’Opéra: Morning Sunshine (1898) by the French Camille Pissarro. Here we see the background becoming blurrier and hazier in color while the foreground is clearer and in focus. This contrast in color creates spatial depth.

Shallow space, which is more related to two-dimensional space, in a visual composition will mostly depict subject matter closer to us, the viewers.

Objects may also appear more in the foreground and not as far into the background often causing the image to appear flatter. Two-dimensional space is often described in terms of having width and length, and with minimal or no depth. 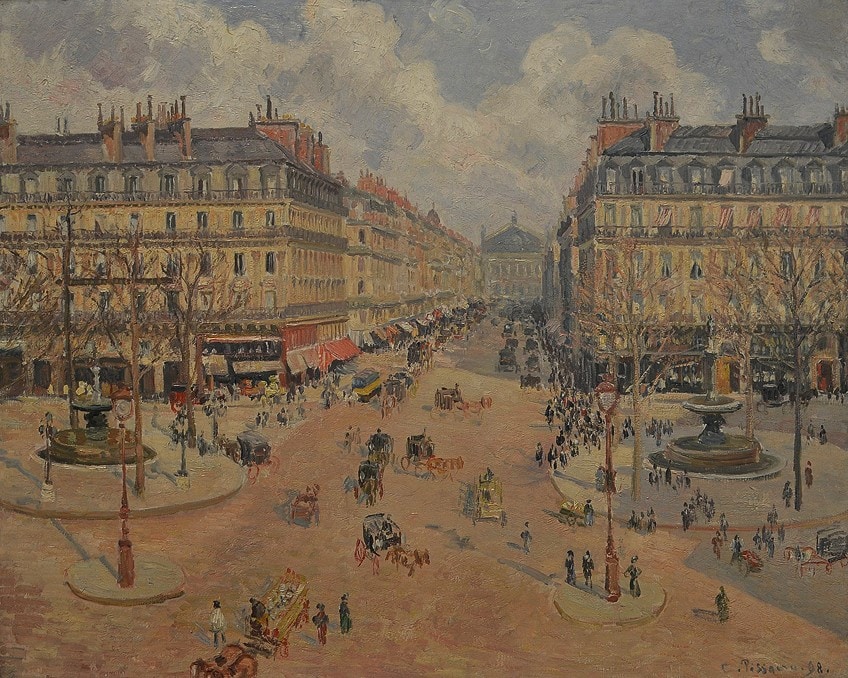 Shallow space in art examples includes the oil paintings The Portuguese (c. 1911) by the Cubist Georges Braque and Ma Jolie (1911 to 1912) by Pablo Picasso. In both paintings, typical of the Cubism art style, we see a minimal distinction between the foreground and background. The space is shallow and seemingly singular, wherein all the subject matter takes place. This Cubist style is exemplary of art that did not follow the traditional rules of perspective and depth in a painting as we see in more three-dimensional paintings.

It also illustrates art that moves away from more realistic depictions toward abstracted or so-called “non-representational” depictions.

How to Create Three-Dimensional Space in Art

Now that you have an idea of the types of space in art, it is also important to understand how these can be created. There are several techniques that we outline below that can be applied in numerous ways to create the effect of three-dimensionality and depth.

Various types of perspectives will create the effect or illusion of three dimensions, for example, linear and atmospheric perspectives, both of which we mentioned in the above Christ Giving the Keys of the Kingdom to St. Peter painting.

Linear perspective utilizes parallel lines that converge (referred to as orthogonals) on a focal point (otherwise known as a vanishing point) on the horizon line.

Another example of linear perspective includes the fresco by the Renaissance artist Raphael The School of Athens (1509 to 1511). The focal point here is between the central figures who are Plato and Aristotle. We will also see this perspective in Leonardo da Vinci’s The Last Supper (c. 1495 to 1498). The converging lines here along the walls converge to Jesus Christ’s head and the window behind Him. 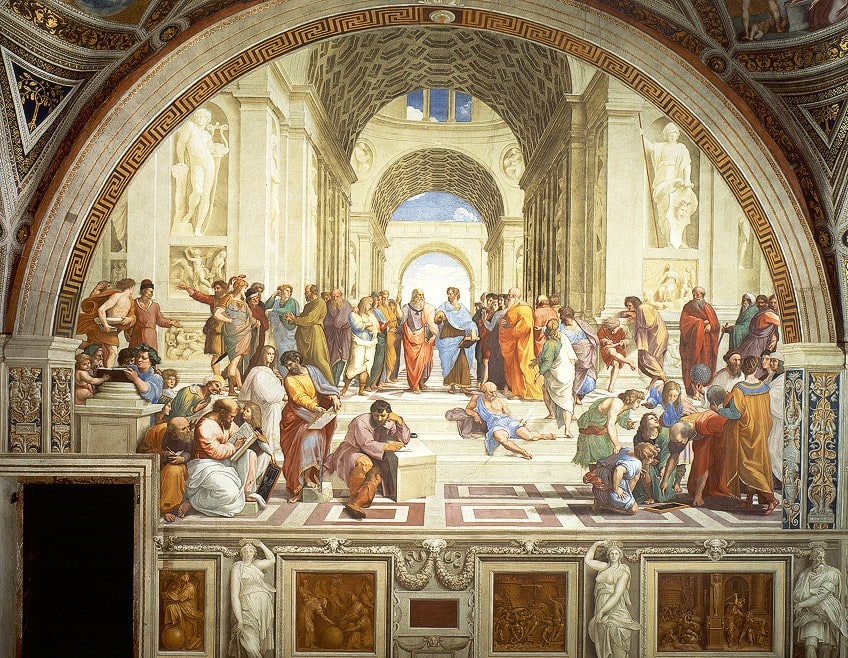 The School of Athens (1509 – 1511) by Raphael, located in the Musei Vaticani in the Vatican City, Italy; Raphael, Public domain, via Wikimedia Commons

Foreshortening is another important technique that many artists apply. It is often described in terms of how the subject matter “recedes” in space. A popular example often mentioned is Lamentation Over the Dead Christ (c. 1480) by Andrea Mantegna. Here, we see how the figure of Jesus Christ appears almost short or as some describe it “compressed” giving the illusion of spatial depth.

Furthermore, this technique also creates a heightened emotional effect and draws us, the viewers, into the composition, as if we are in the scene.

Overlapping refers to when two or more objects are placed one in front of the other in a composition. The object in the forefront will appear closer to us compared to the object that is placed behind it, which will appear further to us.

It is also important to remember that there is a myriad of ways to utilize placement and sizing of subject matter.

Color and value can also create depth through different techniques like highlights and shading. This can also include giving subject matter less visible detail in terms of color in the background and more detail in the foreground, which will distinguish depth.

This is also where color value can appear lighter in the background and darker as it is more in the foreground.

Although these are guidelines and tools mentioned, as artists and art historians, it is important to remember there is no “one size fits all” when it comes to creating art. There are many methods and applications that will create space in artworks from abstract to realistic. Furthermore, these guidelines will also provide you with the necessary visual tools when you look at an artwork. We leave you with this question: what is the space around you composed of?

What Is Space in Art?

Space in art refers to the area in a two-dimensional visual composition like graphic art, painting, or drawing, as well as a three-dimensional sculpture or architectural structure. It comprises the total area surrounding the subject matter, which can be inside, around, in between, below, and above.

What Are the Types of Space in Art?

There can be positive and negative space in art, as well as deep and shallow space, two-dimensional, three-dimensional, and closed or open spaces. All these types can be created through different techniques like perspective, color, positioning, sizing, and more.

What Is Positive and Negative Space in Visual Art? 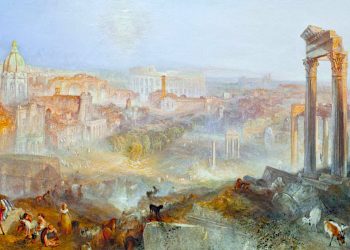 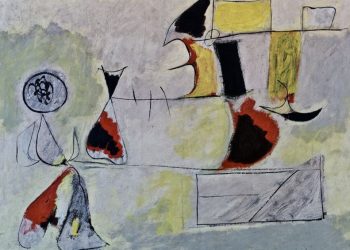 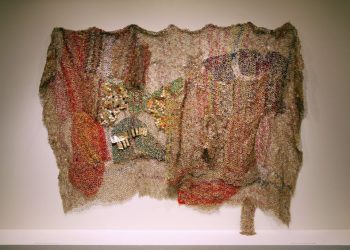