Form in Art – Exploring the Element of Form through Examples 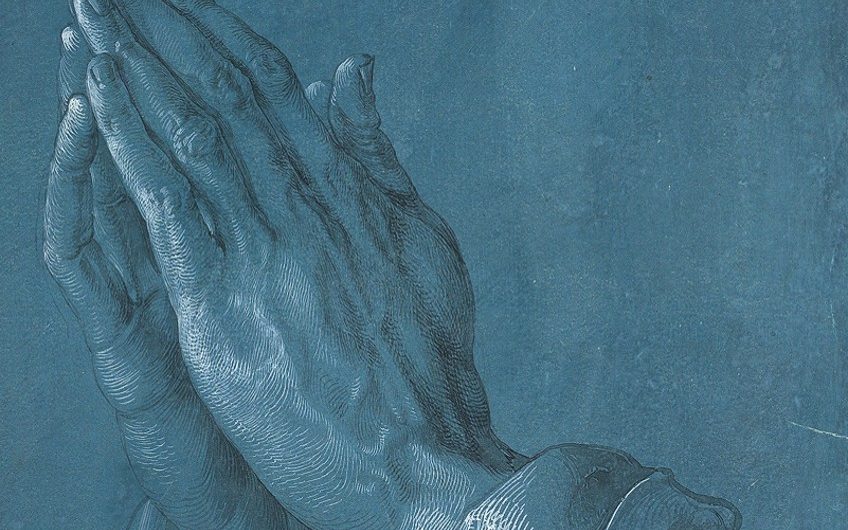 Form in art gives artworks form, but what exactly does this mean? In this article we will explore this in more depth, discussing the form art definition and its role as one of the art elements. We will also discuss the different types of forms that artists utilize, including examples that range from paintings to sculptures.

What Is Form in Art?

There are so many possibilities when it comes to applying the above-mentioned art elements, so let us look at what form in art can do as one of them. This will also illustrate the form art definition. As we explained above, form gives artworks form and there are many different types available to apply in all forms of art media.

However, it is also important to note that while form is an art element that gives artworks more visual meaning, the term can also refer to the broader form of any artwork.

We can look at form in art on a smaller and larger scale. On a smaller scale, it is the art element that is applied onto a canvas or as part of a sculpture. It also closely relates to the other art element called shape – we will discuss this in more detail below. So, on a larger scale, it is the whole form of the artwork, which is described as the “physical” aspect of the artwork, which simply means whether it is a sculpture, an installation, a graphic art, a painting, and more.

This can also point to the art medium, for example, the art form of watercolor, acrylic, or oil painting.

Form in art is one of the art elements, but before we discuss the form art definition and various illustrative examples, let us provide a brief overview of what the art elements and art principles are. These will provide you with the context you need, whether you are an artist or art historian, building, painting, or analyzing an artwork.

What Are the Art Elements and Art Principles?

There are several art elements when it comes to creating any artwork like a drawing, sketch, watercolor, acrylic, oil painting, sculpture, graphic arts, and more. These elements act as the guiding tools that compose the subject matter, namely color, value, line, form, shape, texture, and space. Without these tools, an artwork will lack structure or meaning, even the most abstract artwork is composed of some, if not all, of these art elements.

However, there are also art principles, which give art elements more purpose, so to say. Both work in unison and can determine the mood and visual appearance of art.

There are a few art principles to be aware of and you will notice them right under your nose when you look at a painting or walk around a sculpture next. These are namely movement, rhythm, perspective, variety, contrast, pattern, repetition, emphasis, balance, unity, and harmony.

For example, if lines are depicted in an artwork for the sake of lines without any guiding principle or purpose it could cause the artwork to appear confusing or just plain boring, but if lines are used to convey movement or rhythm then it tells us, the viewers, what is happening – showing us that there is more to the story.

The principle of movement will guide how lines are applied.

Similarly, if the wrong shade of color is applied and it is too dark a painting may appear unbalanced, but if there is a balance of light and dark, which is the art element called value, the painting will appear harmonious.

The Relationship of Shape and Form in Art

Before we provide a few form in art examples, it is also important to understand how shape and form relate to each other. One of the main characteristics of form as one of the art elements is that it is three-dimensional and can be measured by width, height, and length.

If we compare it to the other art element, shape, mentioned above, we will notice that shape is two-dimensional. It will also appear flat and can only be measured by its height and length.

A shape can become a form when other art elements or art principles are used in conjunction with it. For example, if a shape is drawn or sketched on a two-dimensional piece of paper it can become a three-dimensional form by applying contrasting effects like shading, highlighting, toning, colors, patterns, perspective, or the space utilized around it.

The Two Categories of Form in Art

Form in art is also categorized into two main types, namely, geometric and organic. Geometric forms can be easily detected by their shapes, which we mentioned above, namely circles, squares, rectangles, triangles, and more.

Organic forms are described as more “natural”, they will appear more fluid due to their curves and free-flowing formations.

Think of the natural forms you will see in the environment around you, for example, in flowers, trees, stones, or seashells. Some artworks can appear completely geometric and others more natural, however, we can remember that both types of forms can also be present in one artwork, be it a painting or a sculpture.

The best way to illustrate this is if we look at several examples.

The medium of paintings or drawings will show us hundreds of ways how a form is utilized and rendered; from more realistic/naturalistic to abstracted subject matter. Form utilized as an art element in paintings or drawings is often described as “implied” or “illusionistic” of three dimensions. It is important not to confuse the term “illusionistic” with optical illusions, although do bear in mind that optical illusions in art also utilize various geometric forms.

For subject matter that appears more realistic, or naturalistic, we can look to the Renaissance era.

Famous artists like the Italian Leonardo da Vinci or German Albrecht Dürer, masterfully adapted forms to portray their subject matter. Through techniques like shading and highlights Leonardo da Vinci explored the human form in his anatomical drawings/sketches, for example, A Study of a Woman’s Hands (c.1490) depicts two hands that appear as if they are crossed over the body. It has been described as two “separate” studies. 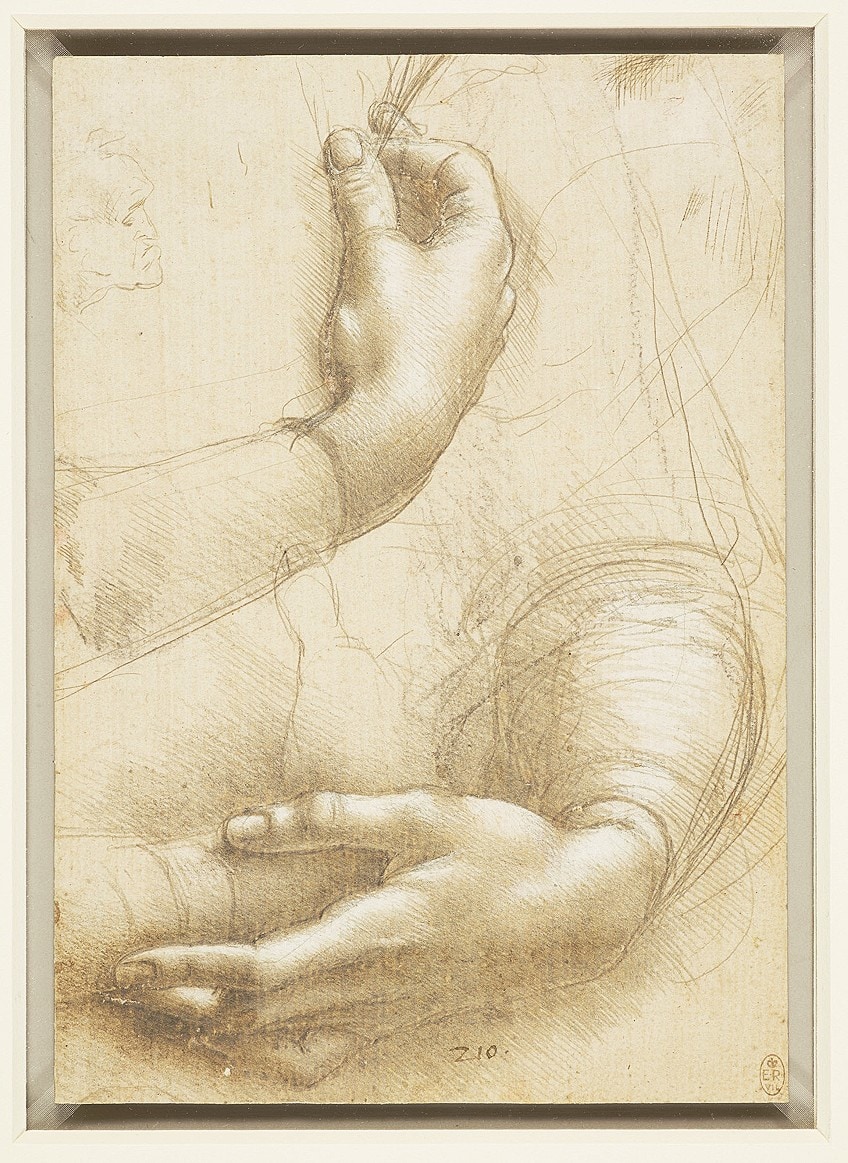 We will notice the organic form created through the different light and dark areas like the shading on the folds on the fingers, which are all created by various lines. There is also highlighting on the skin that gives it a smooth texture and a lighter appearance, contrasting with the darker areas. Already other art elements like texture and line assist to create the illusion of a three-dimensional hand.

Albrecht Dürer’s “Praying Hands” (1508) is another organic form in art example. This depicts praying hands and it is made with pen and ink. We will notice the different contrasts of shading and toning, which create the illusion of real hands.

The part of the hands closest to us, the viewers, is whiter, or lighter, in its tone. This also gives the impression of an unseen light source. The part of the hands further away from us is darker in tone and there are more shaded areas, especially between the fingers and near the wrists. This contrast of light and dark creates depth. 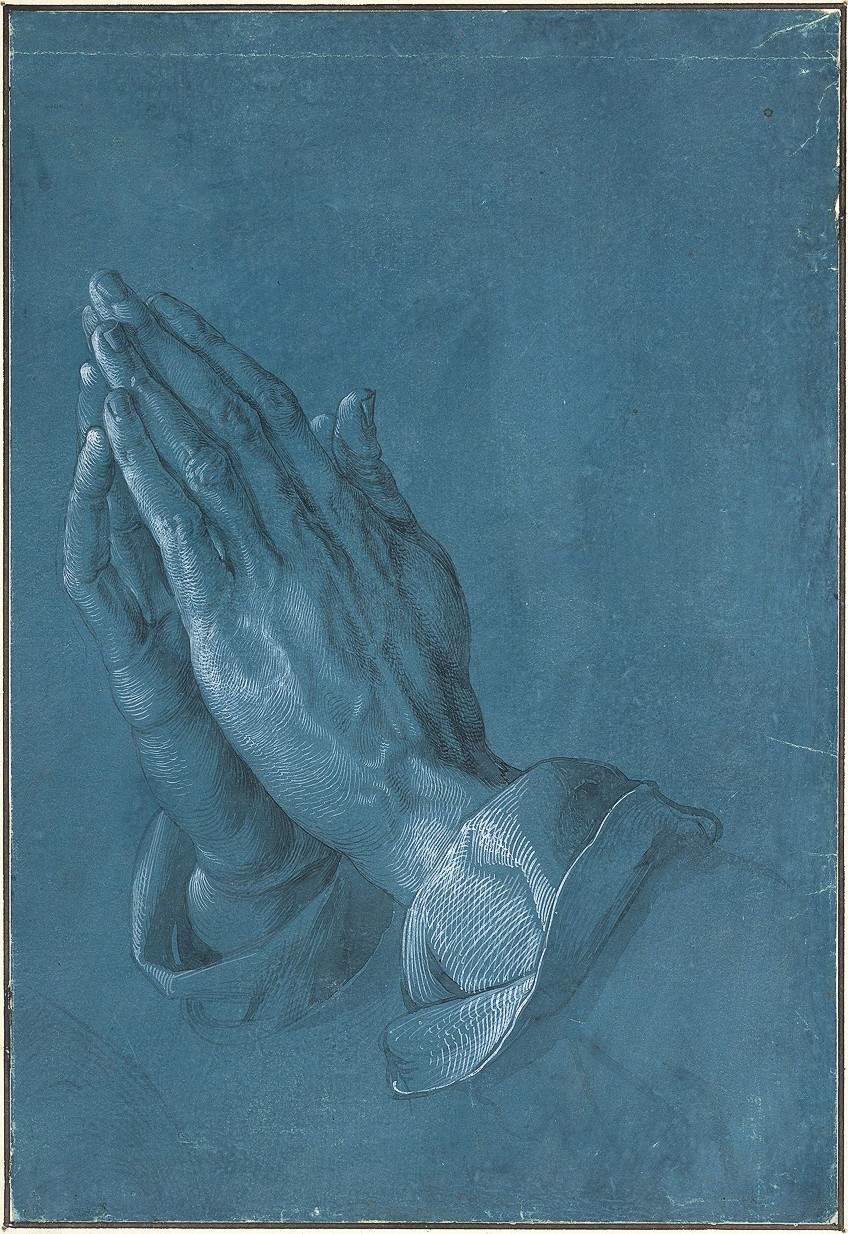 The Spanish Joan Miró created his famous biomorphic forms in paintings like Harlequin’s Carnival (1924 to 1925), which is also more abstract. This oil painting is filled with a lively array of interplaying shapes and forms from organic to geometric. Notice the small cone in the foreground with a longer cylinder to the left of it. Behind the cone is a cube that appears to be a die with a figuration either emerging from or perched on top of it.

Open sculptures appear more dynamic in terms of how they occupy space, for example, dissected planes, openings, grooves, protrusions, and more. This also allows for more abstracted pieces to be created in a variety of methods and media. 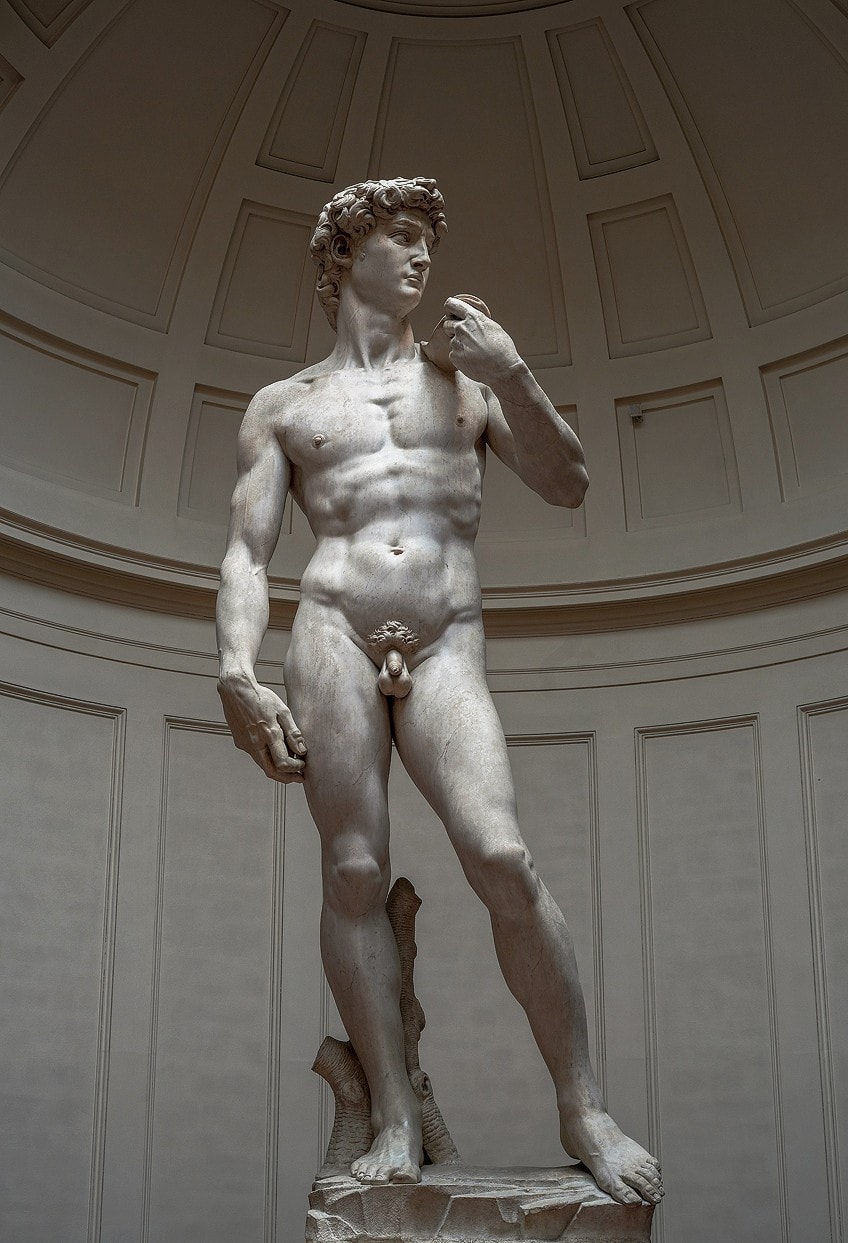 A form art example of open sculpture can be found in the art of Alexander Calder, who became widely known for his mobiles and other installations. One example of many includes Red Mobile (1956), which Calder made from metal rods and sheet metal.

This is often contrasted with what is termed “traditional” sculptures because it floats in the space around them, and moves.

There is a lightness about it compared to the denseness found in closed sculptures. This leads us to the question of what closed sculptures are, which are often described as “solid” masses. In other words, there are no openings, and it is often immobile. One of the best and probably the most popular example of a traditional sculpture is the statue of David (c. 1501 to 1504) by Michelangelo.

This article discussed form as one of the art elements. It comes in various shapes and sizes and can give a visual composition meaning with subject matter that ranges from realistic to completely abstract. When a form is coupled with other art elements and principles like color, line, and contrast it will appear three-dimensional instead of just two-dimensional on a flat picture surface. However, form in art can also be physically three-dimensional; for example in sculptures or architectural formations. Whether you are creating a sculpture or painting a watercolor, what forms will inform your artwork and what message will they convey? Will it be a realistic portrayal of a figure, or will it be a more playful portrayal of forms that come alive?

What Is Form in Art?

There are primarily seven art elements, and these include form; the other art elements are shape, line, color, texture, value, and space.

What Are the Categories of Form in Art?

Form in art can either be organic or geometric, of which both can be combined. Organic forms are often described as free-flowing, whereas geometric forms have more angularity and do not occur in nature.

What Are the Types of Forms?

Forms are three-dimensional versus shapes, which are flatter and two-dimensional. There are forms like cubes, spheres, cones, cylinders, pyramids, prisms, and more.