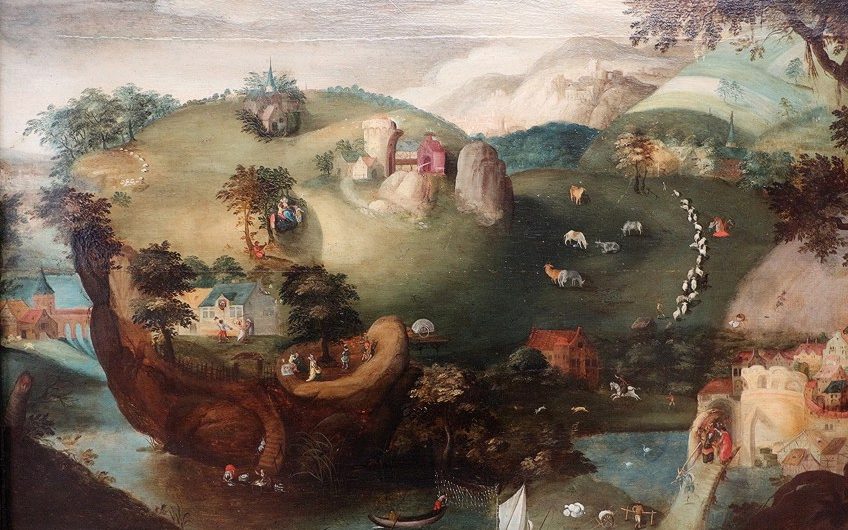 Anthropomorphism can be defined as the understanding of objects, animals, nature, deities, or even events, as embodying human characteristics. The term is derived from the Greek roots anthropos for “human” and morphe for “form” and alludes to something nonhuman taking a human shape.

Philosophers, psychologists, and artists have especially been drawn to Anthropomorphism, arguing that the phenomenon can give valuable insight into the human psyche. 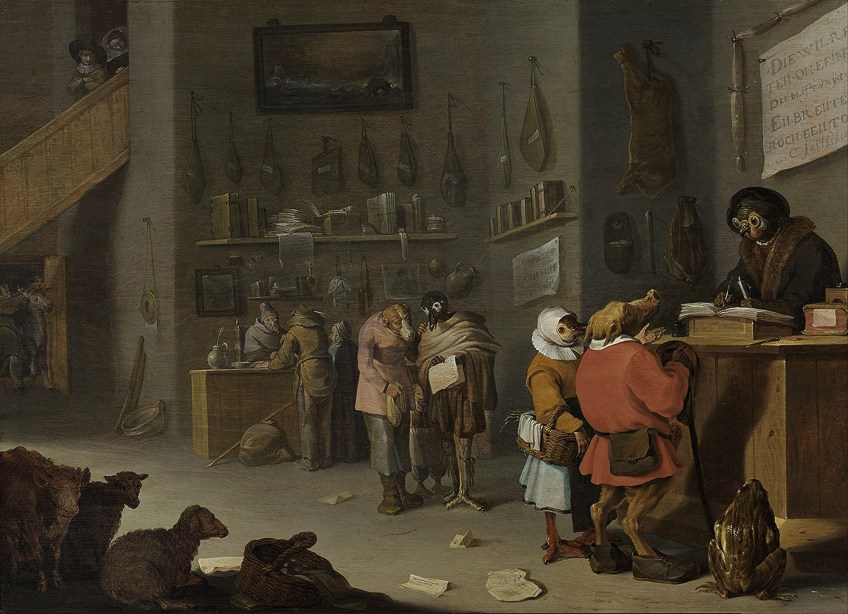 Why Do People Anthropomorphize?

The first known person to philosophize and write about humanity’s tendency to anthropomorphize is the Greek thinker and poet Xenophanes (c. 560-c. 478 BCE). Xenophanes criticized the way people viewed gods, saying that people impose human traits and personalities onto gods.

This can be seen in the way gods of different cultures are depicted with human-like tendencies and characteristics. 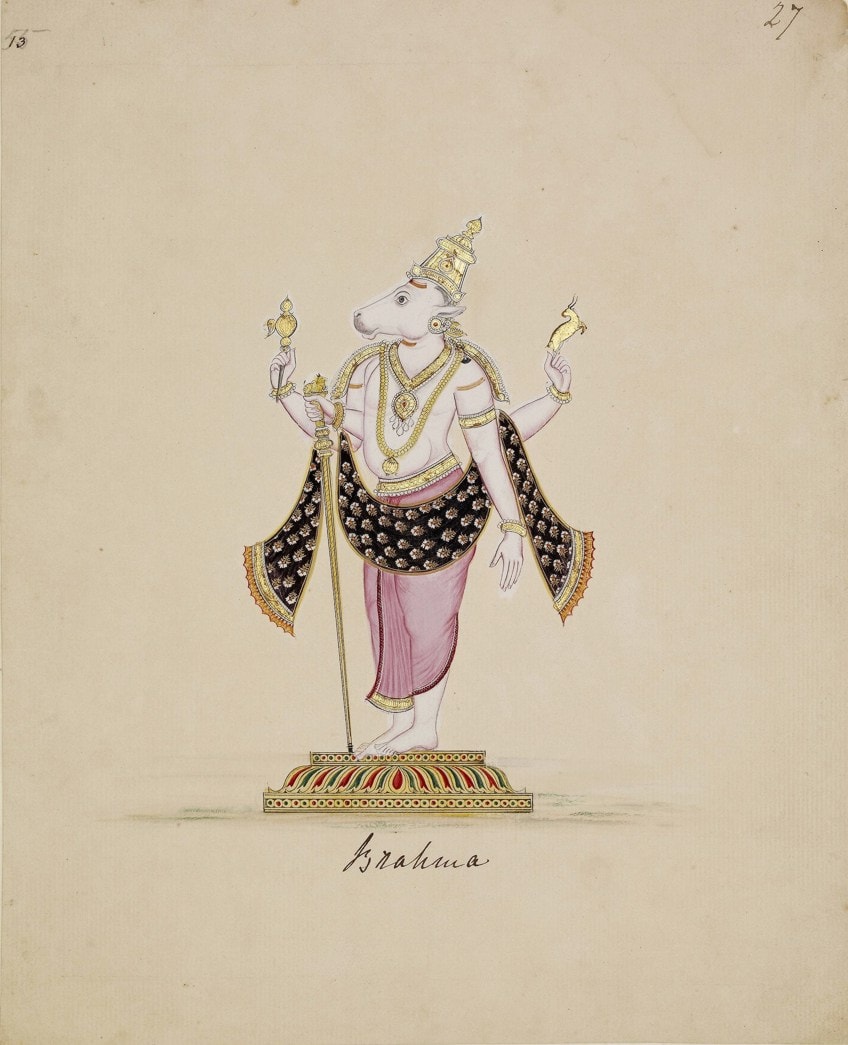 A depiction of the Hindu deity Nandi in his zoo-anthropomorphic form, c. 1820; Company School, Public domain, via Wikimedia Commons

Anthropomorphism, however, exists widely outside of the fields of religion as well. Throughout human existence, evidence arrives of people seeing human features and qualities in nature, including, for example, the shape of trees, landscapes, and clouds. This kind of anthropomorphism is continuously embraced by artists and creatives all over the world in their depictions of landforms as having faces or the curves of a human body. This can be seen in how Disney depicted the shape of the island of Te Fiti in their popular movie, Moana (2016).

Another example is the tendency to depict the Sun and Moon with human facial features. 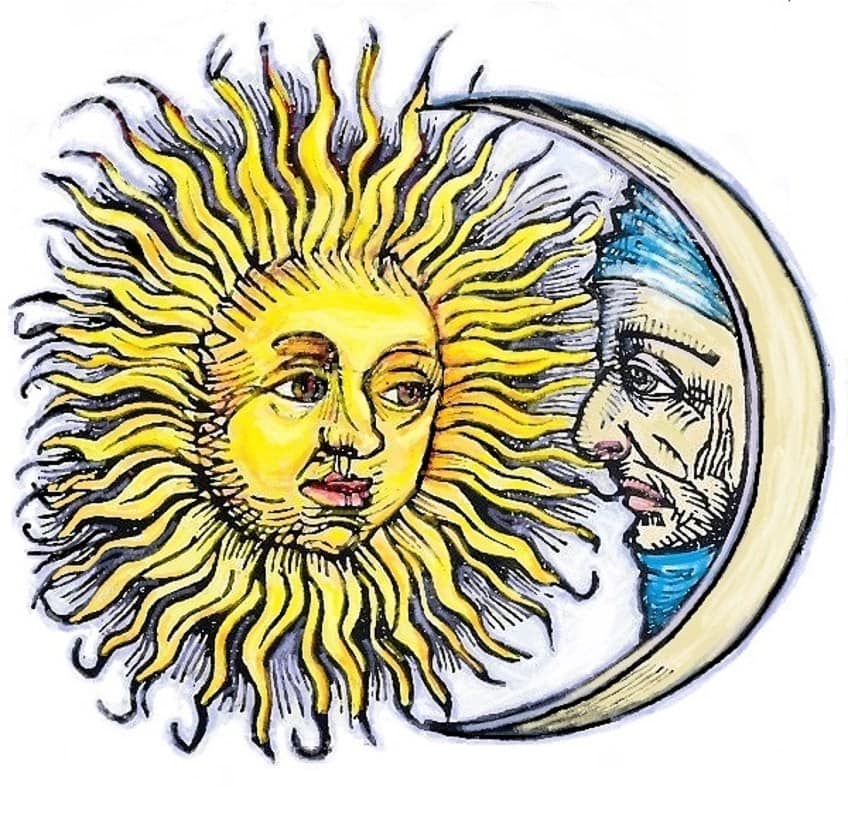 Early philosophers such as David Hume (1711-1776) argued that people’s tendency to anthropomorphize is due to their intellectual need to understand things that are unfamiliar or mysterious to them by using what they understood best, themselves, as models. Sigmund Freud (1856–1939) believed that people anthropomorphize for emotional reasons, as to make things in the world that might be indifferent or even threatening to us, more relatable.

Another explanation has to do with perception.

Ernst Gombrich (1909-2001), an art historian and psychologist, argued that people’s tendency to anthropomorphize is due to people’s predisposition to perceive the world around them in relation to human forms, emotions, and sensations, and thus identifies any traces around them that mirrors this humanity, which is a process that happens both consciously and subconsciously. 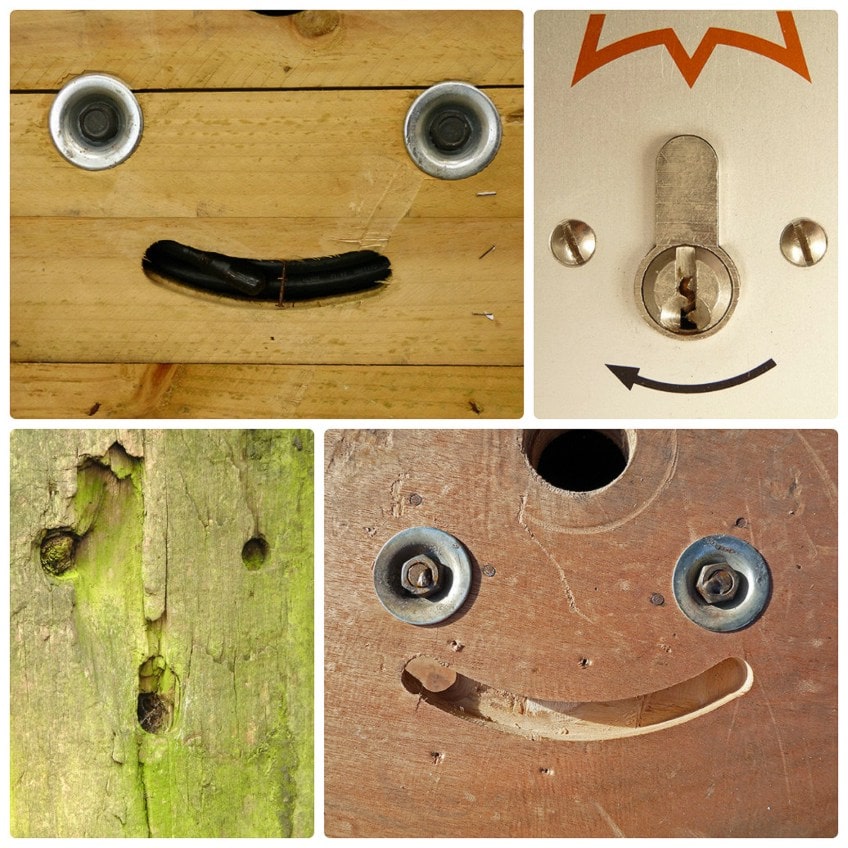 Collage of several photos showing the phenomenon of pareidolia, which is the human ability to recognize shapes, patterns, and even faces in random objects; Pixeltoo d’après les photographies de Nottsexminer, CC BY-SA 4.0, via Wikimedia Commons

Anthropomorphic art dates back to antiquity. Examples of this can be seen, for instance, in the Egyptian depictions of deities with animal-like heads or winged arms. Greek and Roman mythology are also laced with Anthropomorphism, such as the Greek kentauros, or centaurs, which is a race of half-man, half-horse creatures that follow Dionysus, the god of wine. Such depictions can be seen throughout art history, as well as in popular culture and film.

The following section turns to more modern representations of Anthropomorphic art. Below, four paintings are introduced to illustrate the Anthropomorphism definition within fine art.

Four Seasons in One Head (c. 1590) by Giuseppe Arcimboldo

Giuseppe Arcimboldo was a late Italian Renaissance master famous as an anthropomorphism artist. Arcimboldo initially specialized as a court painter, but later became famous for his strange collage-like portrait paintings. His paintings often came in series of four, related to the four seasons. Arguably his most famous painting, Four Seasons in One Head broke his tradition of releasing works in sets of four and is ambitiously rather four in one.

The work is playful and wondrous and is filled with flowers and fruits. 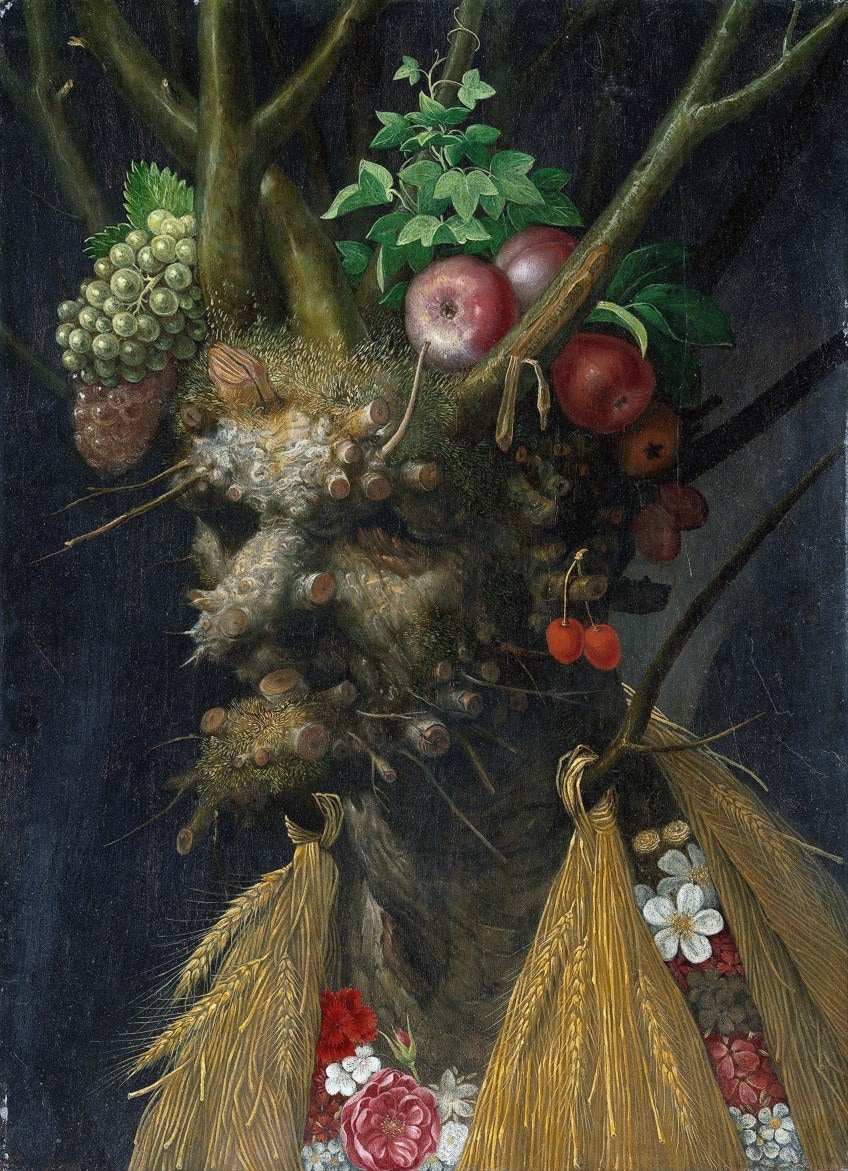 One can identify apples, grapes, cherries, and plums, which are fruits Arcimboldo often included in his anthropomorphic landscapes. A gnarly tree trunk grows into the shape of a human face and the branches sit on the head like multiple horns. The figure is at once human, animal, tree, and object.

The painting’s rather dark and somber tone sets this work apart from Arcimboldo’s usually more cheerful works, making critics believe that the painting might be a self-portrait of the artist in darker times.

Anthropomorphism is closely tied to psychological studies, and so, it is not surprising that Anthropomorphic art was extremely popular under surrealist artists. Max Ernst, an artist who was initially prominent in German Dadaism, became an influential artist in the Surrealist movement when he moved to Paris in 1922. Ubu Imperator is a painting Ernst created after only a year of living in the new country. Even in his early works, however, Ernst was known as a prolific Anthropomorphism artist.

“Ubu Imperator”, which translates to “The Commander”, is a painting full of wit and myth which depicts an anthropomorphic figure that resembles a kind of painted collage.

The figure, which seems to be made from a reddish iron structure, is dancing in a desert landscape. There is tension between movement and stability in the work as the building-like figure balances on a pin like a spinning top. The figure, however, does not seem to be spinning, creating a strange and surreal balance that is almost uncomfortable to witness.

This suggested instability, together with the title of the work, implies that Ernst might be commenting on unstable systems and leaders of modern times, which breed unpredictable futures.

The Anthropomorphic Cabinet (1936) by Salvador Dalí

The Anthropomorphic Cabinet is an oil painting created by Salvador Dalí, one of the most famous Surrealist artists. Dalí was deeply influenced by the psychoanalytic theories of Sigmund Freud. Dalí once claimed that the only difference between ancient Greece and modernity is Freud. Freud believed that the human mind is like a cabinet full of secret drawers that can only be opened through psychoanalysis. In this painting, Dalí painted a cabinet morphed with a female body. The hand of this female body is outstretched to the side as if to protect herself from someone examining her drawers.

The secrecy of the work is amplified by the figure’s head, which is leaning forward, with hair hiding the face.

Born in Alexandria, Egypt, in 1930, Ahmed Morsi is an artist, poet, and critic who has regularly exhibited his work in Egypt since the 1950s and developed into being more widely exhibited in the Gulf Arab States. In a 2019 interview, Morsi described living “surreally” in the 1940s as a member of the Alexandria School’s ensemble of young artists, writers, and creative thinkers. Morsi moved to New York in 1974, where he continues to live and work.

Even after relocating, Morsi’s paintings continued to be heavily influenced by Egyptian culture and his lifelong interest in the surreal and unconscious. 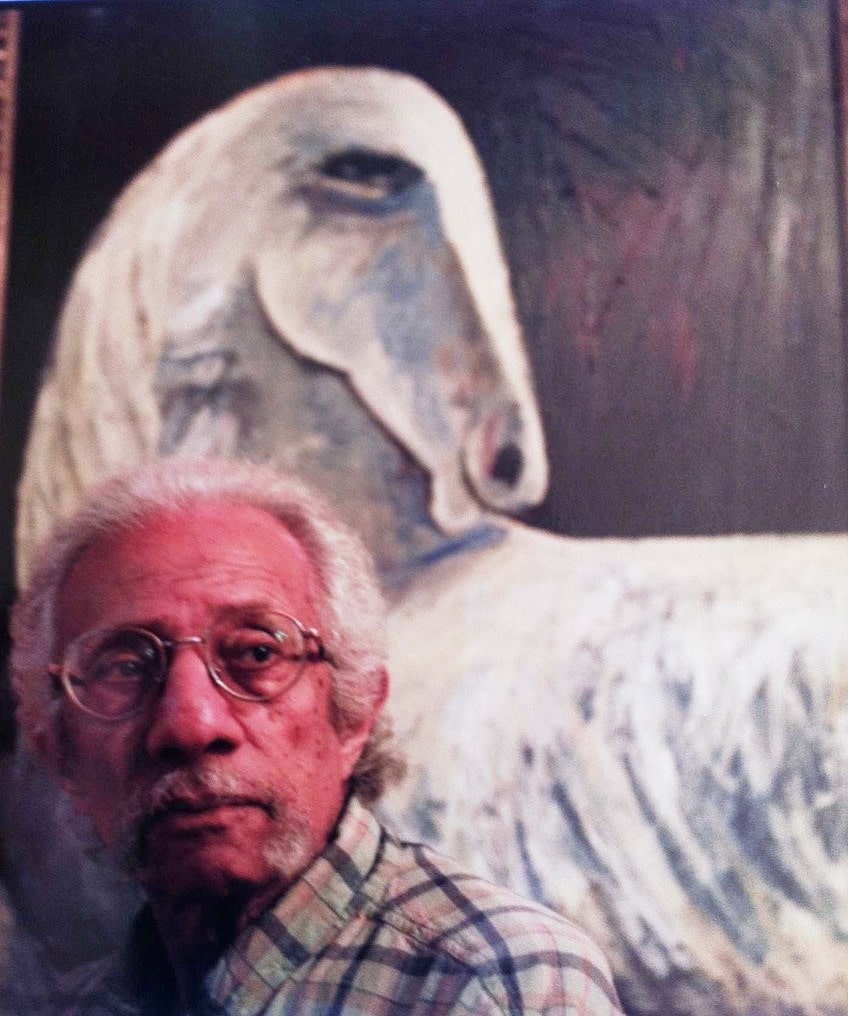 Morsi’s painting Untitled (The Embrace – Nude & Horse) depicts a female nude, painted in warm orange and red hues, lying down while being lovingly held by a horse painted in cool tones of blues and lilacs. The relationship between the nude and the horse is sensitively depicted in a way that gives the horse qualities of a human-like lover.

This is one of many paintings by Morsi in which the artist depicts humans alongside anthropomorphic animals.

The moments between the human and animal are often depicted as something sensual and tender. As opposed to typical imagery depicting the human dominating and classifying the animal, this sensual portrayal by Morsi creates a relationship that eliminates the hierarchical structure between human and animal and instead depicts an equal and loving relationship.

Anthropomorphic art spans millennia and includes all the cultures of the world. This article introduces a small selection of Anthropomorphic paintings by artists who have incredibly rich artistic practices. The book recommendations below build on some of the artists introduced in this article and will give the reader a broader understanding of their life and work. 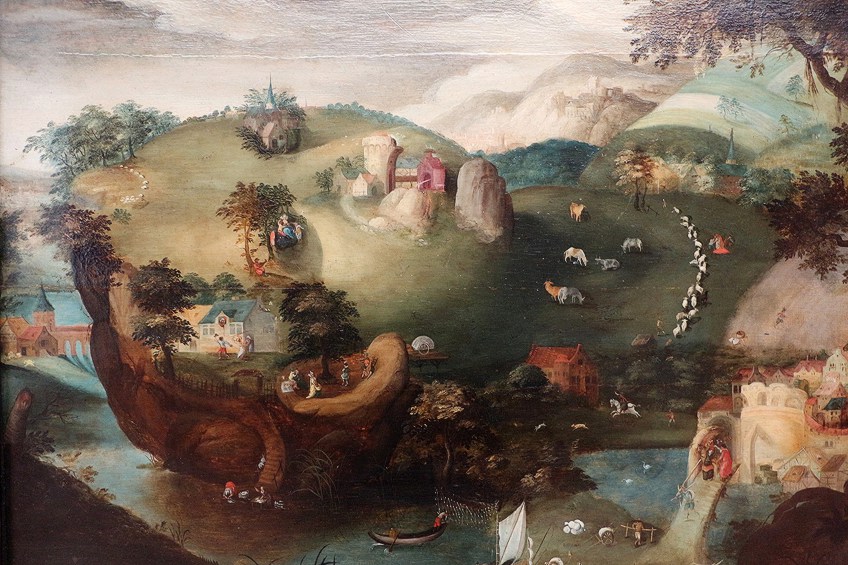 Max Ernst: Dada and the Dawn of Surrealism (1993) by William A Camfield

This book positions the works of Max Ernst within the transition from Dadaism into Surrealism. The book includes over 400 illustrations including full-color reproductions of Max Ernst’s famous and lesser-known paintings, along with black and white prints showing the sources of many of his works. The book includes scholarly essays written by Werner Spies, who is considered the foremost expert on Ernst’s work. 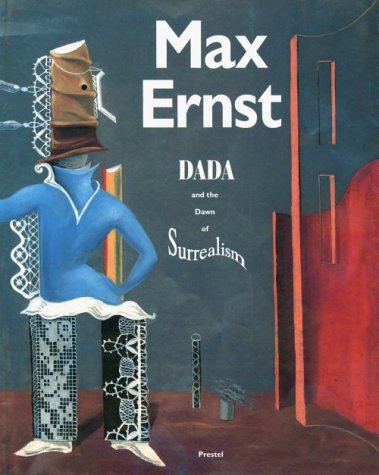 Max Ernst: Dada and the Dawn of Surrealism
View on Amazon

Guiseppe Arcimboldo is an artist who was forgotten by the world after his passing in 1593. At the beginning of the 20th century, however, his previously little understood works were rediscovered by Surrealists. Surrealist artists admired his eccentric works and they even considered him the precursor of the Modern art movement. This rediscovery of his work led to the immense fame his work enjoys today. This publication is a monograph of the artist’s works that include not only his popular anthropomorphic portraits, but also a collection of his paintings, tapestries, drawings, and illustrations, many previously unpublished, created throughout his lifetime. 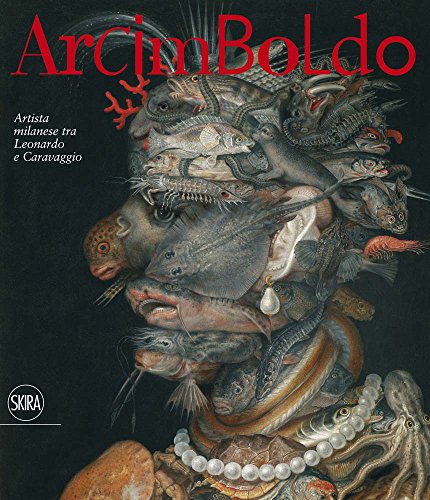 This book is a popular and inexpensive publication on the work and life of famous surrealist artist Salvador Dalí. In this publication from TASCHEN’s Basic Art Series, the artist’s life and work are summarized chronologically, a short biography is provided, and approximately 100 illustrations with short explanations are included. 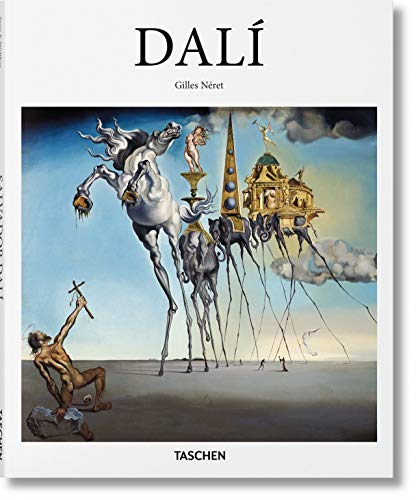 In a world where Anthropomorphism is everywhere, it is difficult to miss once we understand how prone we are to it. Anthropomorphism in art and culture has inspired generations of people to create wondrous and fantastical worlds in which we can escape the mundane. Embracing Anthropomorphism can be a useful outlet for everyday anxieties and can inspire our imaginations, as it has for people over millennia.

What Is the Difference Between Personification and Anthropomorphism?

What Are the Types of Anthropomorphism?

What Is the Opposite of Anthropomorphism? 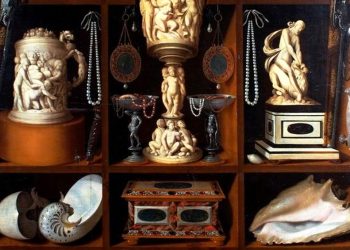 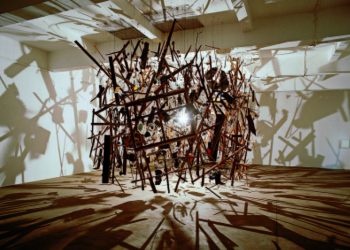 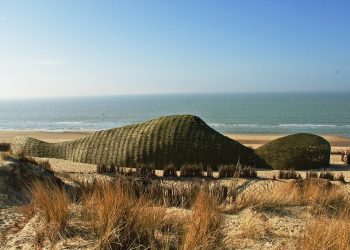