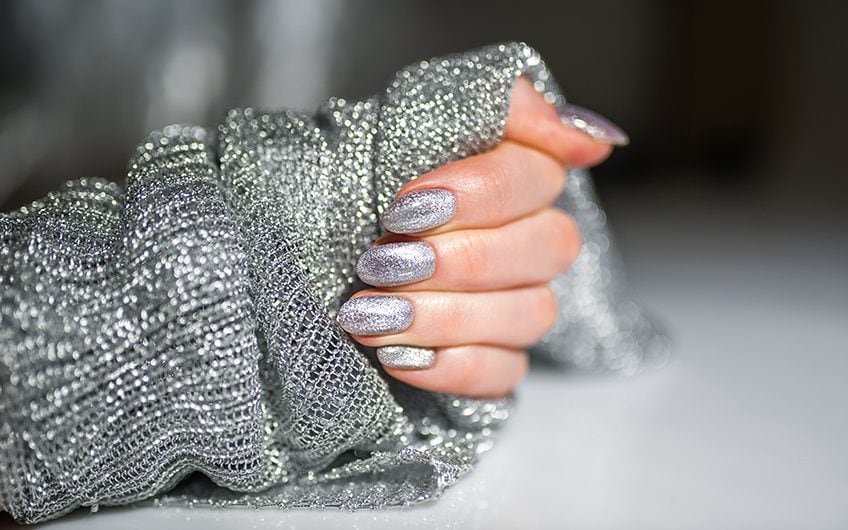 Silver: Is it an actual color, and is it possible to create a silver color with paint? What color combinations with silver are best and can you incorporate a silver color palette into any room in the home? We are going to answer these questions and go further into detail about the silver color.

What Is the Silver Color?

Silver can be described as a metallic gray color, something that resembles the polished metal of silver. You cannot find gray in the light spectrum or on the color wheel, and since silver can be regarded as a shade of gray, it is also then classed as a neutral color along with black and white. The non-metallic version of silver is simply more of a matte pale gray color.

The color wheel is a graphic depiction of colors and is what helps artists and designers use and combine colors. We will be dealing with what colors match with silver later on in the article. Gray itself can be described as being more of a matte shade or tone that does not possess a shimmer or shine to it.

Silver, on the other hand, is defined by its metallic or shiny qualities and is directly related to its physical metallic counterpart. When it comes to silver paint, small particles of metal are added to create a reflective effect. 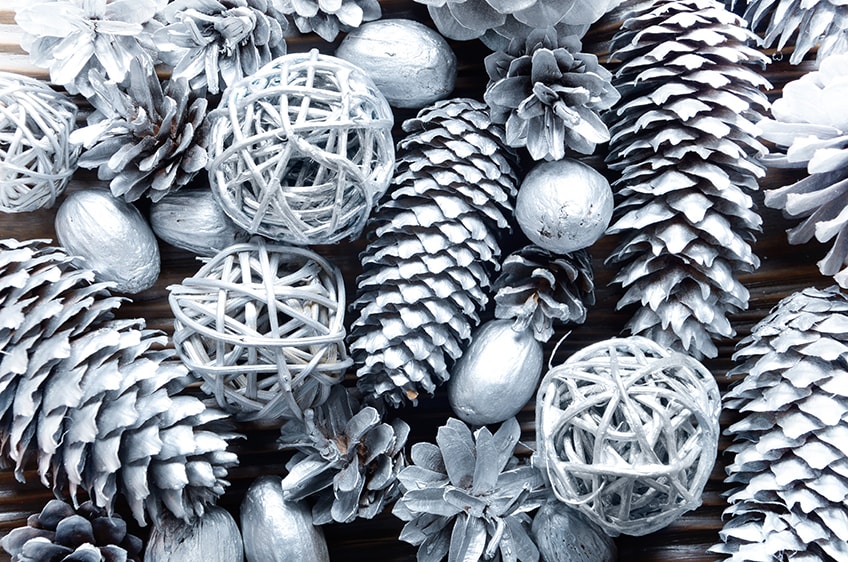 Silver, one of the elements on the periodic table can be found in the earth in its pure form or as an alloy. Silver used in jewelry is generally an alloy, a mixture of two metals, the larger percentage of silver and usually copper. This metal has been used for various purposes since ancient times. Over the years, silver became a thing of beauty and was often used to create ornamental objects and used as currency.

The Ancient Egyptians also used silver and considered it more precious than gold and were used in the making of jewelry and other items. The silver color was also thought of as a link to the moon and stars. The Greeks had a similar belief, where silver was believed to contain the energy of the moon.  In European folklore, the silver color represented a way to destroy evil, which is where the “silver bullet” idea stems from. 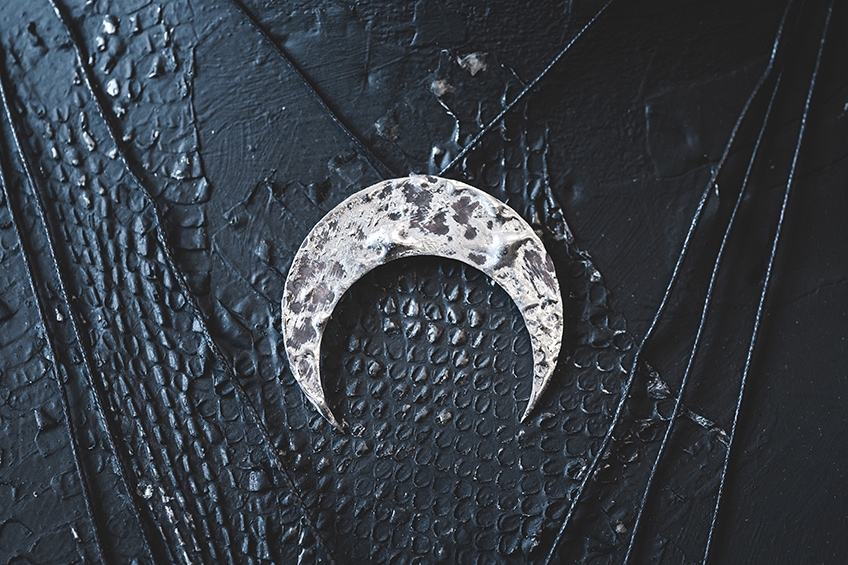 Most of the old and famous painters like Da Vinci often used earth tones more in their paintings. However, gray was also popular, which could be manipulated, providing silver effects. One of the more recent famous artists Gustav Klimt created The Kiss (1907 to 1908), which contains actual elements of silver. The painting contained silver, and gold as well as platinum leaf for a shimmering and intriguing intimate scene.

The name of “silver” as a color was originally recorded in English in 1481. The word argent is used in heraldry, meaning silver or silvery white, which is derived from the Latin word Argentum and the old French word argent. The Latin word is also where the periodic symbol comes from (Ag). Heraldry is the design and display of hereditary symbols, which distinguishes families and institutions among others.

The silver color has been mentioned in poems as well, for example, in the poem by the famous poet William Butler Yeats, To the Rose upon the Rood of Time (1893), which mentions “In dancing silver sandalled on the sea”.

In the 20th century, silver gained a more imaginative association, when black and white movies were popular. The term “the silver screen” became synonymous with the movies. A reflecting agent of silver was coated over the screens, which helped produce better images. Silver has also become a more modern color for homes, providing a sophisticated and sometimes more industrial appeal. In sports, silver is the medal received for the second position behind a gold medal.

Over the years, certain sayings have also made their way into our everyday lives. Many of the sayings relate to associations with wealth or positivity. For example, “there is a silver lining in every cloud” or “born with a silver spoon in your mouth.”

What does the color silver symbolize? Silver is mostly associated with the metal and its metallic structure and is therefore thought to be a color of wealth and elegance. The color today is also seen as modern, but with a distinguished and sophisticated appeal. 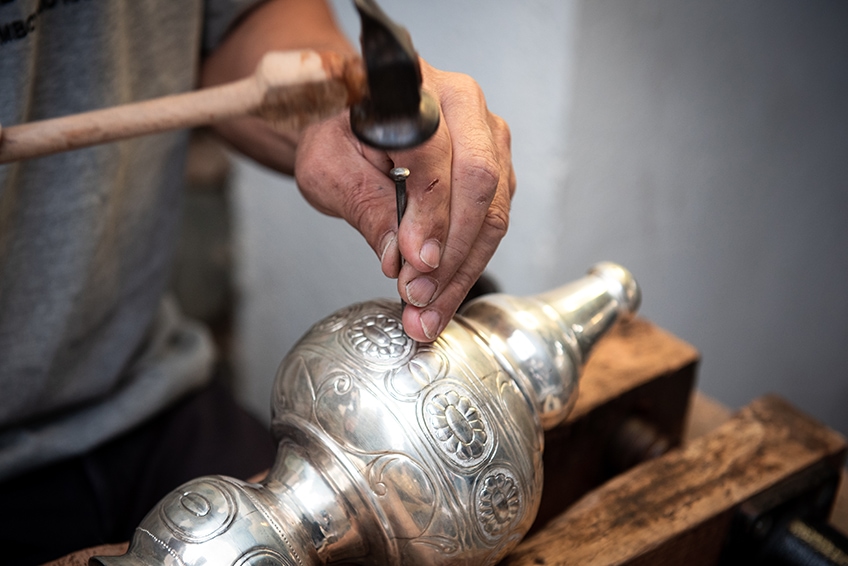 The effects of the silver color include calming to the mind, it also restores and heals. Silver reflects, and in many cultures, it is seen as how we view ourselves as others do. This can also symbolize intuition and knowledge. Silver can also help to encourage communication, which is where the saying “silver-tongued” comes from. Silver is believed to take negative energy and restore it with more positive energy. Some of the more negative silver color meanings include deception, immorality, and insincerity.

In many cultures, when a person begins to get old and the hair begins to turn gray, they can be described as being more distinguished and aging gracefully, which is where the saying “silver-haired” come in. Silver is also the 25th wedding anniversary gift, which can be something made o from silver or simply something that has a silver color. The gift represents radiance, preciousness, and something lasting.

Metallic silver gets its distinctive color from the light that reflects off the surface, which can be difficult to reproduce digitally. Most silver colors simply look gray on a computer screen or printout. However, there are certain textures and editing tools you can use to create a silver-type look. Below are a few shades of silver. 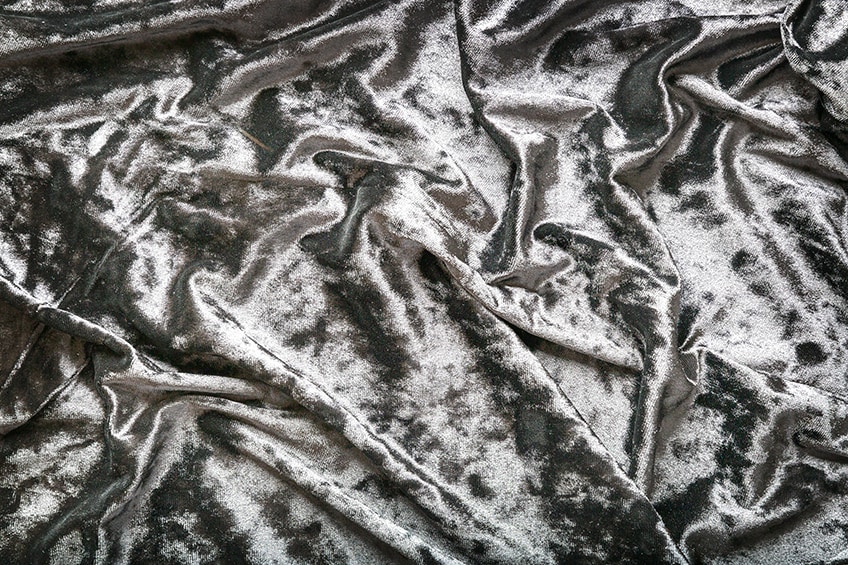 The pale silver color can be described as being grayish-orange and is a Crayola crayon color that has been around since the early 20th century. This particular shade of silver does not fall under the neutral gray scale, as it has a warm, orange undertone.

This color can be described as being dark grayish blue, which places it in the blue color family. The color can also be found on the Resene color list, a popular paint brand in New Zealand as well as Australia.

As you can see, the various shades of silver do not have to all be cold and metallic, they can also have warm undertones. Silver pink is another warmer color, that can be described as grayish red. The name of the color was first used in 1948 and originates from the Plochere color system. This color system came into existence in the same year and is popular with interior designers.

What color matches with silver? Silver like gray can be seen as a balance of white and black and can work well with most colors and is more of an optimistic color. However, as we have seen with the various shades of silver, you can also have different undertones like blue and red, and these must also be taken into consideration when creating color combinations.

Silver is generally seen as a cool color, meaning it will always work well with other cool colors like blue and green. However, again this can change, depending on the undertone. When using silver, a little can go a long way, so using it more as an accent color is advised. Silver does go well with more muted or pastel tones like the below, which help to can make the metallic hue stand out more. 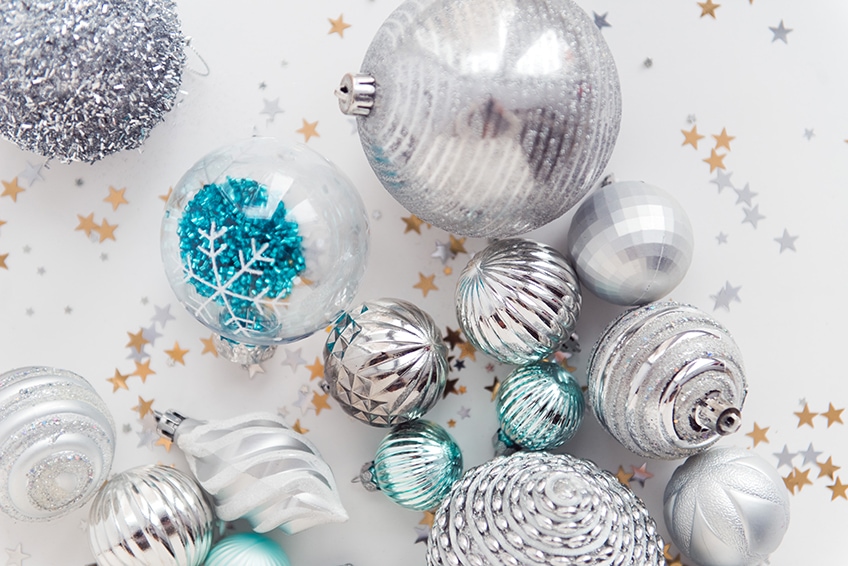 What Is a Good Contrast Color for Silver?

Silver, being part of the gray family and a neutral color, goes well with other neutral colors like black and white. Ideal colors that provide a contrast color for silver include the more vibrant jewel tones of color like emerald green, medium blue, sea green, turquoise, and purple. 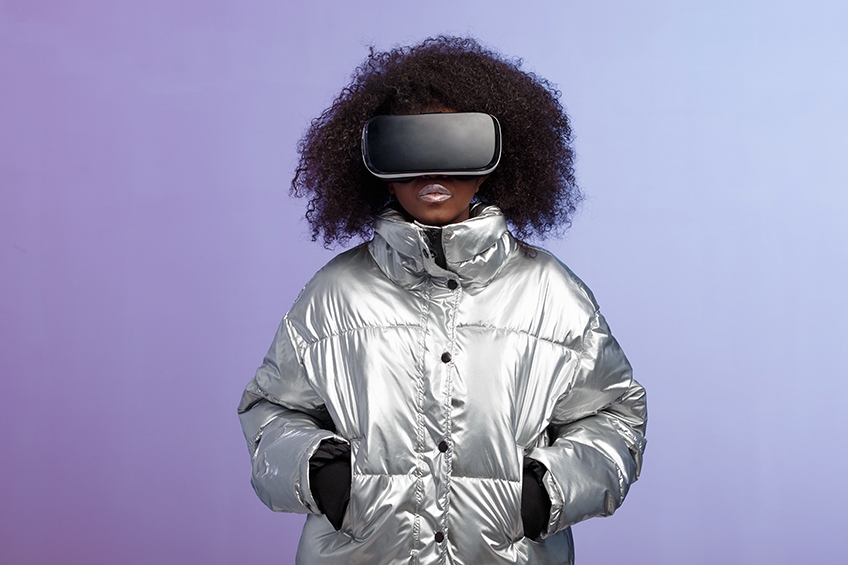 Silver is not seen as a solid color, but it has more of a reflective effect. To get the ideal silver color with paint, you can use a reflective pigment and add it to a gray paint base. There are also ready-made metallic paints available. However, a matte gray could also represent a silver color.

You can achieve a silver color by creating a range of gray shades, which is done by combining various ratios of black and white. You can also try using various types of white paint like titanium white, zinc white, or cream white to get various tones of silver. You then add the metallic pigment or powder to get the silver effect.

Place a small amount and one part each of blue and black paint onto your palette and mix with a palette knife. Add a tiny amount of white to get a silver color or adjust if necessary until you achieve the desired color. You can create a warmer gray by adding brown.

Combine equal amounts of blue and yellow and mix until you have a nice brown. Colors opposite each another, when looking at a color wheel, will always produce a neutral brownish color when combined. Add a small amount of brown to your silver-gray color to warm it up.

When it comes to design, silver can be seen as something that displays wealth and modernism, with a sense of elegance. The silver color is versatile and can complement a range of different colors and can be used in a business environment as well as at home. Silver and black or silver and white are particularly popular color combinations, but they can also pair well with all the colors mentioned above. Silver is best used as an accent color, as it could become too much if overused.

In the home, it can be the perfect color for kitchens and bathrooms. Used as an accent color, it can also create a pleasant silver color palette for the rest of the home. The silver color can be used to create a more industrial feel, or it can be added to give that slight touch of elegance. 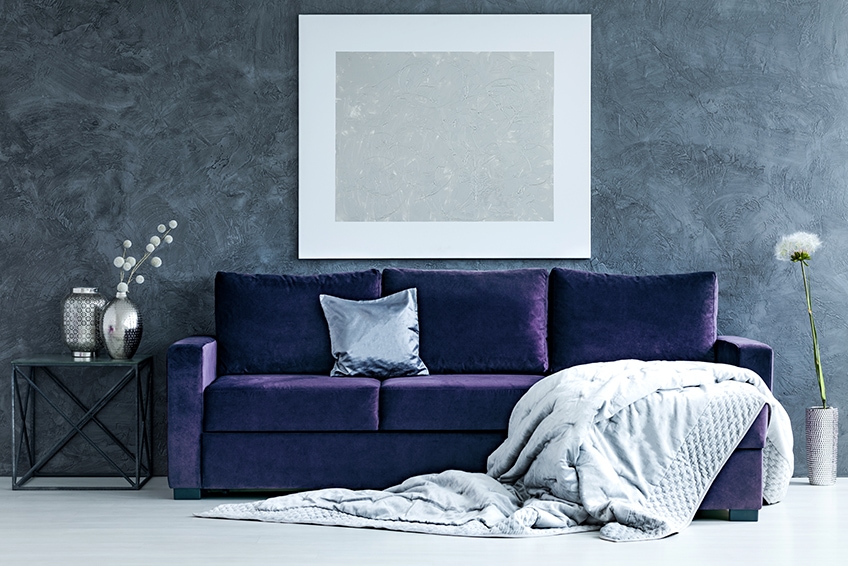 Silver pieces can easily be added to a room, for example, candlesticks or mirror frames. You can also use silver to add texture to walls. Silver metallic paint can also be used on walls, but rather as an accent piece for some dramatic effect in the design. The metallic paint can also be applied to furniture and other accessories. In the kitchen, silver can be added to appliances like fridges or stoves.

As you can see, silver is a versatile color like gray but with a little more character and flare. So, if you are looking for a neutral color with a modern yet sophisticated edge, then the silver color might just be a perfect match. 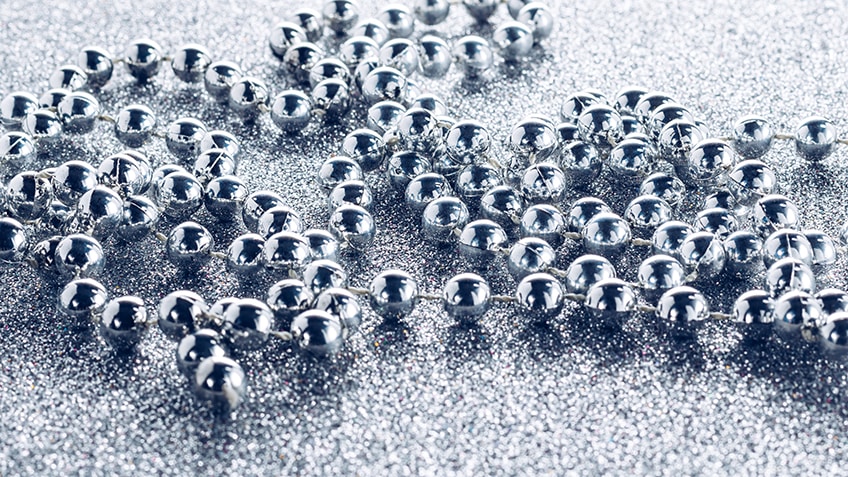 What Does the Color Silver Symbolize?

The silver color symbolizes elegance, and wealth, and is also closely associated with modernity. Some of the effects of silver include having a calming influence and offering restorative qualities. The color also offers wisdom and maturity, and the color represents responsibility.

What Is a Good Contrast Color for Silver?

Silver can be a versatile color. So, what color matches with silver best? Silver works well with other neutral colors and muted or pastel hues. In contrast, it goes well with colors like emerald green, vibrant blues, turquoise, and purple.

Are Gray and Silver Colors the Same?

Silver and gray fall into the same family, however, there is a slight difference. Gray can be lighter or darker, but it is a solid, matte color. Silver can also be defined as gray, but it tends to have more brilliance and shine to it. Silver paints can contain metallic pigments to achieve this effect. 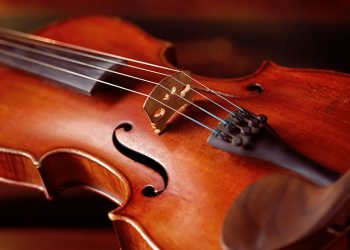 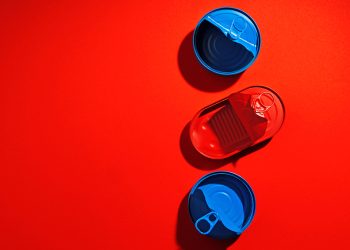 What Color Does Red and Blue Make? – Color Mixing Guide 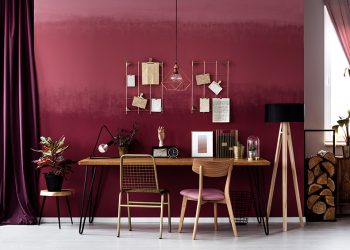 Bordeaux Color – What Color is Bordeaux?