by artincontext
in Artists, Paintings 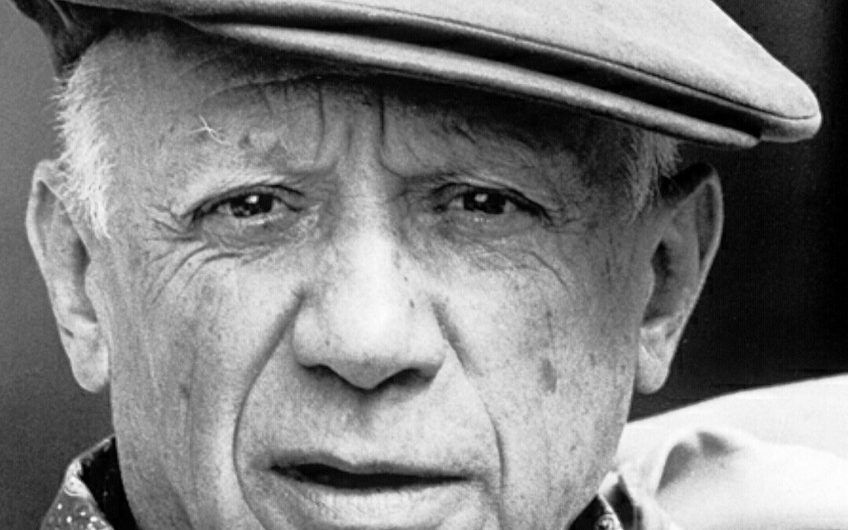 Pablo Picasso is most recognized for being a Cubist, although he spent his whole life exploring different mediums and techniques in his quest for fresh ways to express himself. However, Picasso’s early work first emulated classic realism, just like every other artist of his period. In this article, we will learn about Picasso as a child and explore Picasso’s early paintings.

What defines early Picasso art? If we examine early Picasso drawings, we can observe that they were created in a more realistic style than we are accustomed to from the artist. What fueled Picasso’s early paintings and how did he become such a renowned artist? Let us start by looking at the life of Picasso as a child.

Fortunately, the young Picasso had a head start thanks to his father, an artist (who focused on still life and bird paintings) and drawing instructor.

At a young age, his parents noticed that he had a talent for drawing, and when he was 13, his father organized his son’s first “exhibition” in a nearby barbershop. His father was a staunch conservative who wanted his son to acquire formal schooling and as many possibilities for learning as he could. He took him to the Prado and Barcelona museums to explore masterworks and enrolled him in local schools.

Photograph of artist Pablo Picasso in front of his painting, The Aficionado, in the Kunstmuseum Basel at Villa Les Clochettes in France. Taken in the summer of 1912; AnonymousUnknown author, Public domain, via Wikimedia Commons

The adolescent Picasso took the entrance tests to enroll as a student at the Barcelona Academy after his father was offered a position there. Picasso may have just been 13, but the judges reportedly were very taken by his sketches. Even with regular checks from his parents, the boy’s father assisted in setting up his painting workshop, where he painted several of his early works, including The Altar Boy (1896) and Portrait of Aunt Pepa (1896)

Picasso’s dramatic artwork “Science and Charity” (1897), which features his family as models and represents the pinnacle of his formative years, was finished when he was 16 years of age for a school competition. 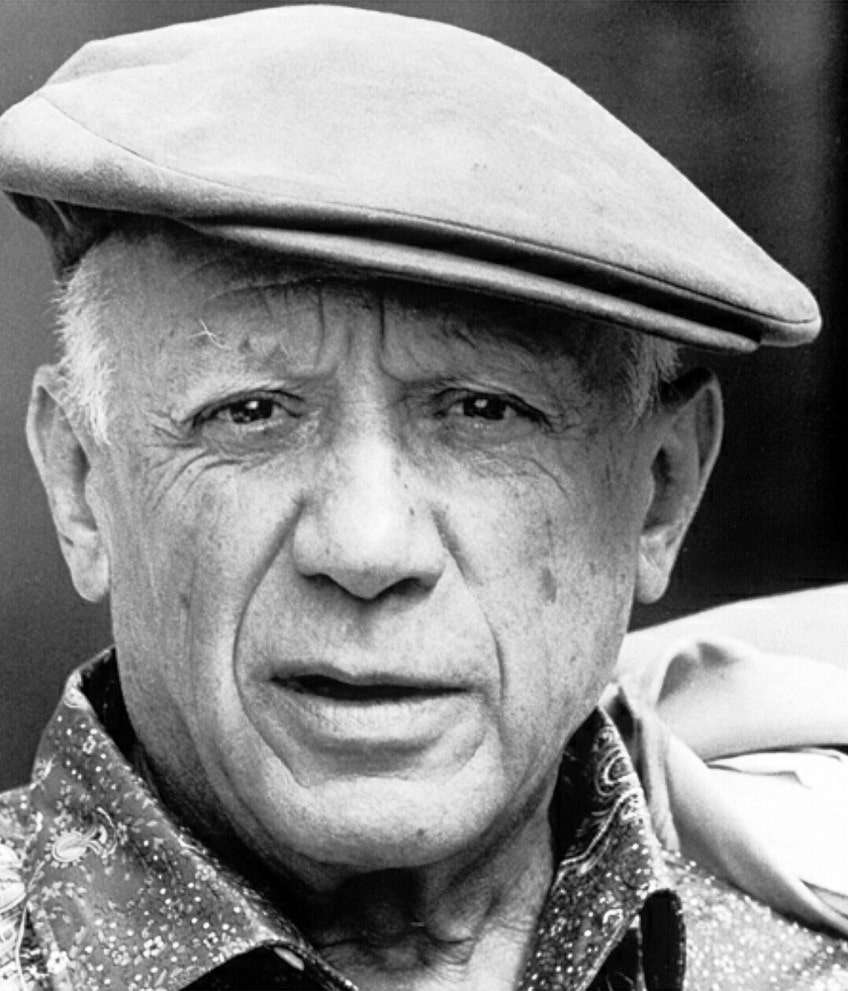 In the same year, his family opted to transfer him to Madrid to attend the Academy of Fine Arts there. However, despite repeated trips to the Museo del Prado to study works by Velázquez and other Spanish artists, he is claimed to have become restless and rarely attended lectures. After just six months, he returned to Barcelona, started to strike out on his own, got involved in the avant-garde art scene, and actively began to oppose the academic traditions.

Picasso had fully embraced modernity by the time he was 20, as seen by his work “Child with a Dove”.

Now we shall explore early Picasso drawings and paintings that still impress us today. Picasso’s early paintings display his talent from a very young age, albeit in a style we do not expect. If one had only ever seen his artwork from his Cubist period, one might even assume that his style was always asymmetrical and non-traditional.

Yet, these examples of early Picasso artworks easily dispel that notion.

Early in his life, Pablo Picasso created his first pieces of art. His mother claims that the Spanish word for “pencil” was one of his first words. Picasso began receiving formal instruction in figure drawing and oil painting from his father when he was seven years of age.

One of his first works is a little oil painting called “Picador”, which the youngster created when he was eight years old.

His first visit to the bullfight, which his father accompanied him to, served as its inspiration. He was constantly drawing, with many of his works focusing on bullfights. Picasso’s fondness for corrida persisted throughout his life.

Picasso, when 15 years old, painted this picture on his father’s recommendation for the 1896 Exhibition of Fine Arts in Barcelona. Pablo was enrolled at the La Lonja School of Art at the time. Picasso has never been a religious person, at least not in the usual sense. Nevertheless, many scenes from Jesus’ life and depictions of saints can be seen in his student works from around 1895 to 1896.

The active and aspirational young artist could not help but be intrigued by the iconographic techniques and modes of expression employed by the great masters of the past.

This “nourishment” for his unique artistic growth was almost completely absorbed and gradually shaped the artistic character of Pablo Picasso. Picasso was asked if he regretted doing works like this one several years later by Pierre Daix, the author of several articles and books about the artist who had known him for over 25 years.

Picasso responded, “No, that was extremely significant to me at the time”.

During his adolescence, Picasso also started to create self-portraits. One of the earliest dating from 1896 and depicts the still-young artist in his mid-teens. The image is done in the traditional academic style, with a sketch-like, unfinished aspect that betrays its role as a training exercise. Picasso appears in this painting as a serious and attentive art student, with his close-cropped hair, erect stance, and carefully placed artist’s smock.

This suggested a developing awareness of, and pleasure in, his personal appearance.

This portrait is regarded as a watershed moment in Picasso’s portraiture. Josefa Ruiz Blasco, his father’s sister, is the model. The untitled painting was created in 1896 during one of Picasso’s family study vacations to Malaga. The use of light to highlight the face against the dark garments and shadow backdrop, as well as the more defined treatment of the latter to emphasize the facial emotion, combine to create a very profound psychological image.

The stark authenticity of the face, and the chromatic and light approach, show a strong impact on the Spanish portrait tradition.

The emotive fluidity and flexibility of the lines, based on highly loose and flowing brushstrokes, also suggest a rapid and virtuoso creation. Sabartés even asserted that the picture was completed in less than an hour, igniting the mythology of young Picasso once more. In any event, the quick execution appears to be tied to a more mundane cause.

Josefa Ruiz did not like others painting her, and her first reluctance, along with Picasso’s lack of enthusiasm, delayed the completion of the piece – a work requested by his uncle Salvador – for a year.

Picasso created a large painting in the academic style in 1897, on his father’s suggestion. Of all, Picasso, who unknowingly found expressionism last summer and created one of the greatest Spanish portraits—a painting of a pious and wild Aunt Pepa—became much more conservative at the time out of respect for his father’s demands.

The “Science and Charity” is only a typical genre painting, the composition of which was undoubtedly planned out by Pablo’s father.

Its topic and arrangement are also clearly influenced by Enrique Paternina’s painting, Mother’s Visit. It should be mentioned that this work continues to inspire admiration from others who are not artistic, who marvel how a 15-year-old youngster was able to paint such an ideal scene. Both genre painting and symbolic painting interpretations are possible.

On one side, a nun is cradling a child and providing a drink of water, while on the other, a doctor, whose likeness Pablo derived from his father, is measuring the pulse of a woman laying on a bed.

So, compassion and medical science are at odds with one another. The patient’s hand appeared underdeveloped and unnatural to the critics when this picture was on display in Madrid in 1897, therefore they referred to it as a glove. Yet, the hand’s implausibly lengthy fingers foreshadowed the coming stylistics of the “Blue Period.”

In June 1898, Picasso visited Horta d’Ebre. The place left an incredibly lasting impression on the young Picasso: “Everything I know, I learned at Pallarès,” he would add years later. The scene depicts an idyllic-looking farmhouse.

Quite rare in a Picasso picture – there are no human figures to be seen, it is purely landscape.

The picture depicts a typical scene from late-night clubs, bars, and brothels in Barcelona’s Red Light area, which Picasso was familiar with. The people’s features are hardly visible, while the universe of items is delineated by powerful, thick brushstrokes, as though he wishes to emphasize their shared presence. The table is thus separated, positioning itself accurately to the fore and only partially concealing the couple.

Although the loving pair on the sofa is the focal point of the painting, it is the elderly inquisitive-looking procuress who adds tension and drama and emphasizes the scene’s expressionism.

After meeting the artist and writer Jaume Sabartés, who would become his close friend and secretary beginning in 1935, Picasso painted two watercolor images of him. Throughout their lengthy acquaintance, Picasso created several pictures of Sabartés in pencil or oil.

Many of these were full of irony.

Sarcasm combined with complicit humor and tenderness served as the foundation of their connection. Sabartés is dressed in a cloak with a rose wreath on his head, holding a stringed instrument in one hand and a fleur-de-lis in the other.

He is deposited at night in a location with crosses, perhaps a cemetery.

This confetti-like image depicts a confident, red-lipped lady leaning toward the spectator. Picasso employs hue and brushstrokes to propel the arrangement, which is moved by its vitality. This work represents the early Parisian individuals that contributed to Picasso’s paintings, and it is full of rich colors and depth of expression.

This painting, with its rich artistic texture and impressionist utilization of color, exemplifies the delicacy and elegance with which the artist depicted his female subjects in his early works.

Picasso created this piece on a visit to Paris in the autumn of 1900. It is also known as The Fair and is part of Picasso’s sequence of paintings centered on Parisian nightlife, with evident influences from Toulouse-Lautrec and Steinlen.

It was shown in the Vollard exhibition in Paris in 1901.

The brushstrokes are flowing, and the location provides a play of suggestion in which the traveling circus atmosphere in Paris combines old imagery while forecasting subsequent themes. There’s a game going on with the audience—the woman in the bottom right-hand corner is looking directly at the audience as if urging them to join in.

That concludes our look at Picasso’s early work. Picasso began drawing under the guidance of his father and studied at numerous art institutions between 1892 and 1897. Picasso’s early paintings, in contrast to his later Cubist works, were realistic and figurative. Despite many changes in his style since the early Picasso artworks, we can clearly see how this young artist showed great promise from a very early age.

Picasso was born in 1881 to parents who were also artists. His father started teaching him formal sketching methods when he was a young child, and by the time he was eight, he was an accomplished oil painter. The Picador, his first painting, was completed in 1890 and is most likely the artist’s oldest surviving work.

Where Can You View Early Picasso Drawings?

Picasso was a highly accomplished artist, and his art can be found in many galleries around the world. However, Picasso’s early artwork is not as easy to find. Yet, many of his first artworks can be found at the Picasso Museum in Barcelona, Spain.