Proportion in Art – What Does Proportion Mean in Art? 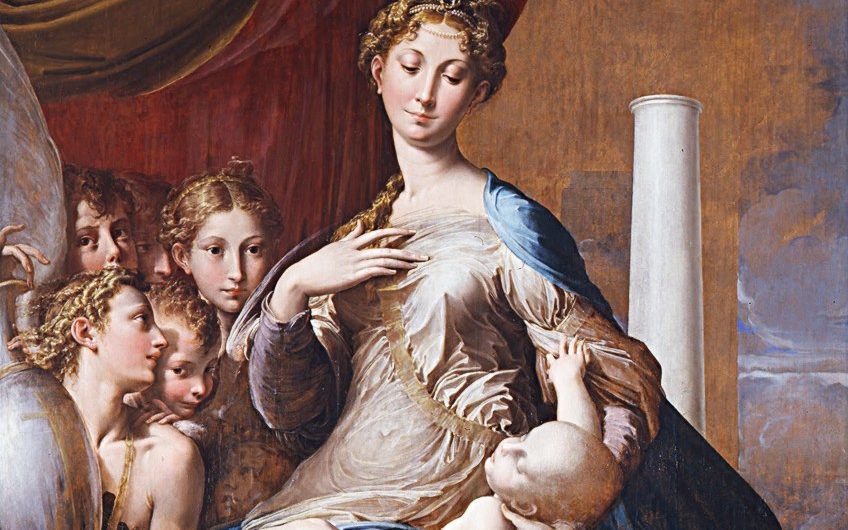 We have all seen paintings that appear perfect in form and shape, everything is in proportion; the figures are in relation to each other and their surroundings, as well as their body parts, are in relation to their bodies. When there is proportion in art, there is a harmony or unity of the whole, but conversely, when things appear out of proportion a painting seems strange. In this article, we will discuss what is proportion in art and provide several accompanying examples.

What Is Proportion in Art?

If we look at the word “proportion”, according to the dictionary, it means a “harmonious relation of parts to each other or to the whole” and “proper or equal share”. What this definition tells us is that proportion works in ratios, where one part is in relation to the other.

So, what does proportion mean in art?

To answer this question, we would explore how different parts in a visual composition share “proper” size, so to say, with each other to create a “harmonious” relationship between them and ultimately a harmonious visual composition. 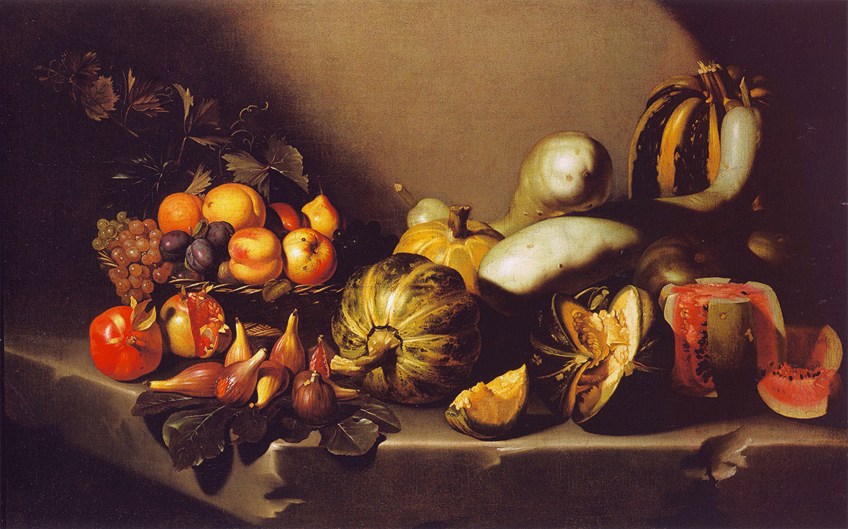 However, sometimes the different parts in a visual composition do not share the “proper” size between one another and it appears out of proportion. In art, this can either be intentional or as a lack of skill or training.

Proportion in art is one of the principles of art, of which there are several, namely, balance, unity, harmony, variety, rhythm, movement, repetition/pattern, scale, and proportion. The principles of art are used as guidelines with the elements of art, which make a visual composition. These are color, value, shape, form, line, texture, and space.

The Difference Between Scale and Proportion in Art

You may have noticed that scale is also amongst the principles of art; scale and proportion in art can cause confusion if it is not understood properly. It is important to remember the differences between the two when creating artwork or analyzing an artwork.

Additionally, scale and proportion in art also work together. 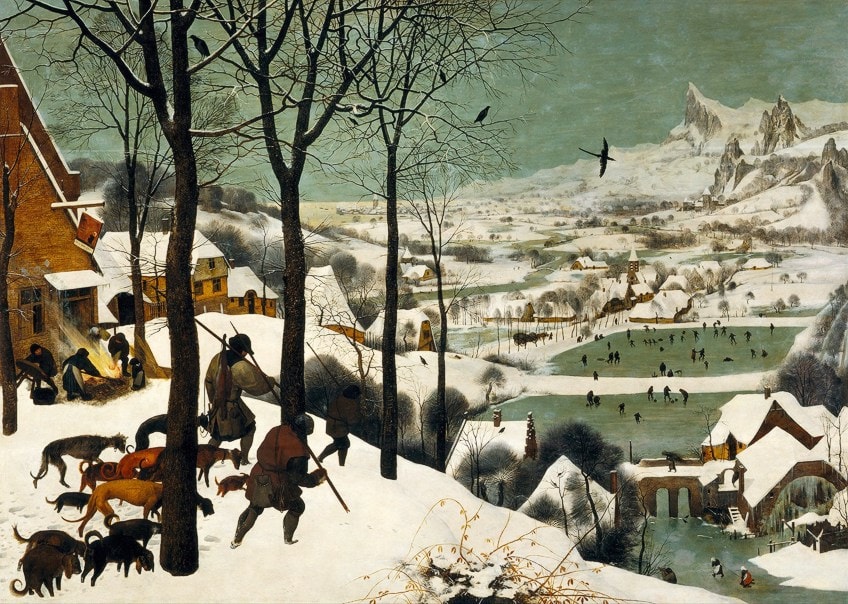 We already have a basic understanding of what proportion means, which is the relationship between the size of parts within a composition, specifically in terms of their dimensions; these parts can be anything from an object to a person’s body parts or facial features.

Scale refers to the size of objects and their relationship with each other in a composition. 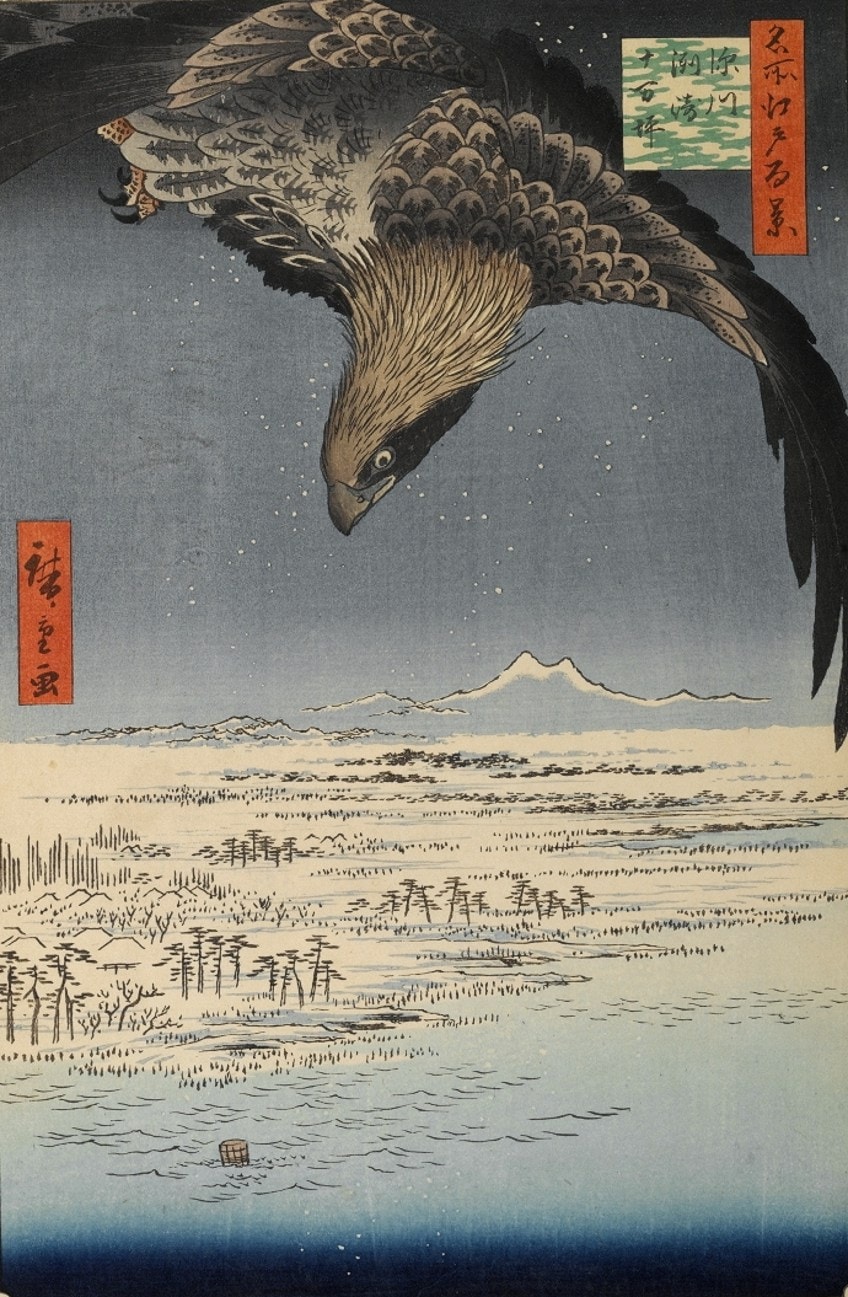 The Types of Proportion in Art

There are several types of proportion in art, namely, altered, hierarchical, out of proportion, and standard proportion. Below we explain each one with accompanying examples.

Standard proportion in art means that accurate or correct proportions are utilized for the subject matter. This applies to facial and body features as well as the general congruency of proportion between parts in the art composition that would suggest normal proportion. 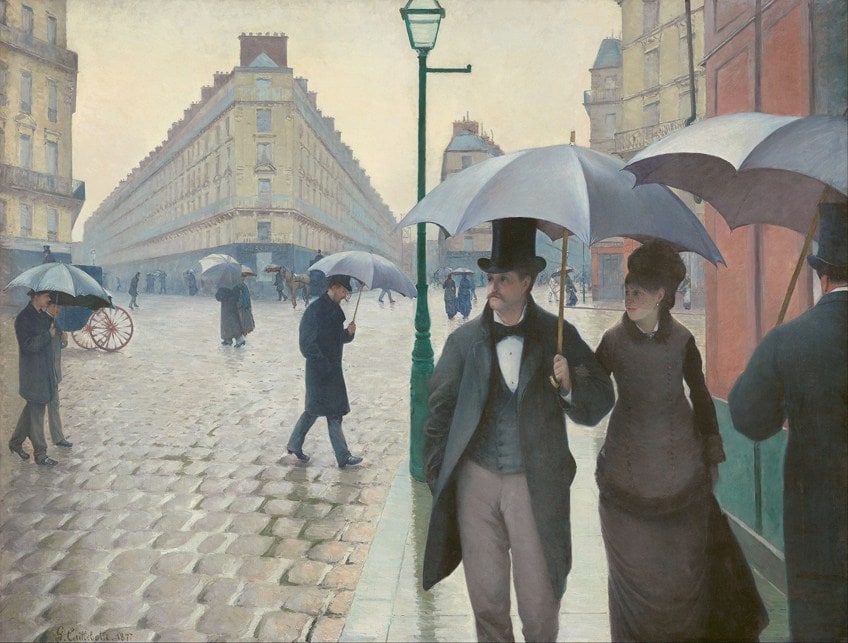 However, according to some art sources, it is important to note the questions around this in terms of standardizing facial and bodily features, which would be an impossible task as no body would measure the same.

We will find these attempts from Renaissance artists in particular, who studied human anatomy, like Leonardo da Vinci or Michelangelo.

One standard proportion in art example includes the famous marble sculpture by Michelangelo titled David (1501-1504). Here, we see a 17-feet sculpture of the Biblical figure David, however, regardless of his large scale, he is in seemingly perfect proportion. 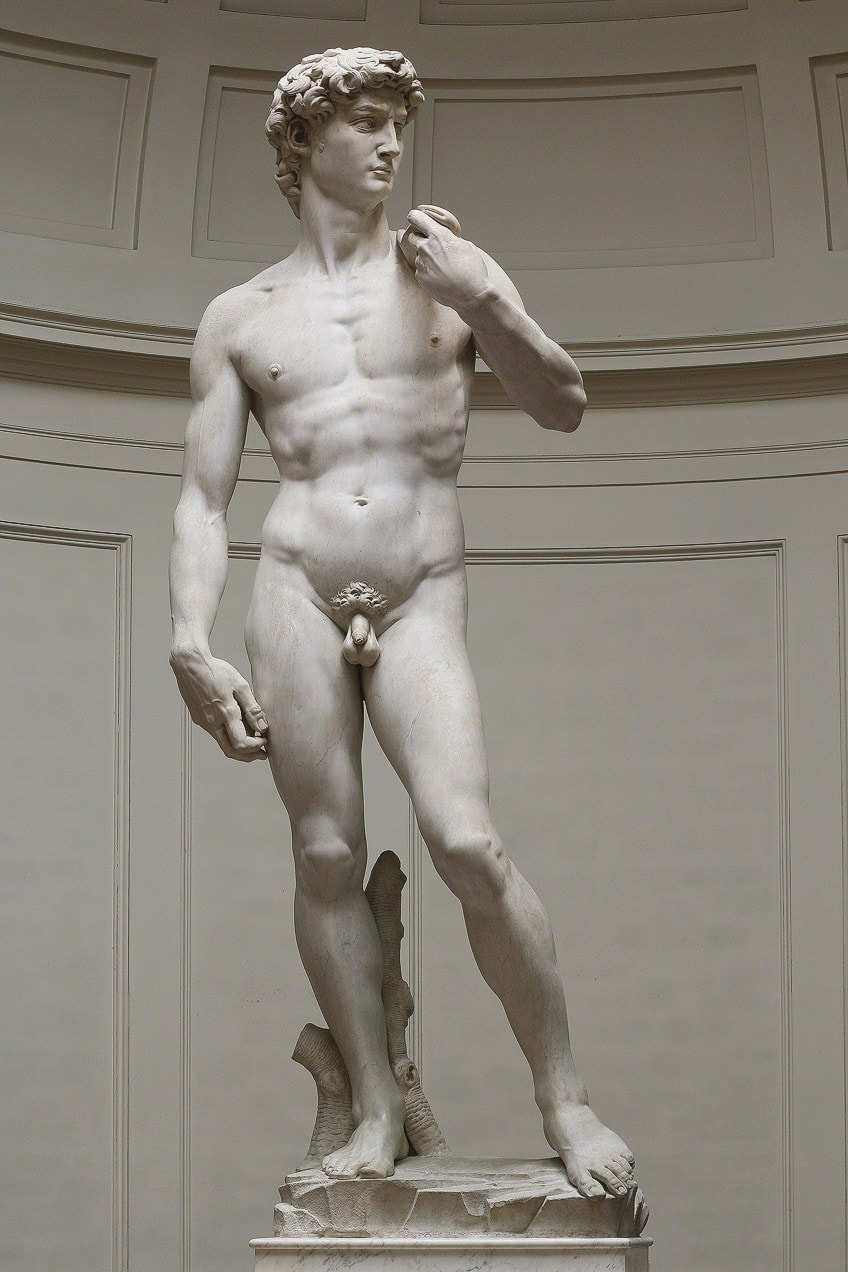 Altered proportion in art refers to an artwork where the proportion has been changed, distorted, or altered for specific reasons; this is also called “exaggerated” proportion by some. This type of proportion is utilized to tell a story, have a specific meaning or message, or emphasize certain aspects to create an effect.

Altered proportion can come in all different shapes and sizes.

Some of the altered proportion in art examples include those from Cubist Pablo Picasso and his Mother and Child (1921). Here, we see the exaggerated features in the mother’s figure; not only are her arms quite large and her head smaller, but her facial features have an angularity.

Some describe this painting as having a “solidity” and “sculptural” quality, which emphasizes the mother’s role as a safe and stable figure for the child. This also ties in with the altered proportion of the female figure throughout art history, where female body parts are exaggerated to emphasize the idea of fertility or motherhood. A famous example of this is the Venus of Willendorf (c. 25,000 BCE) limestone figurine.

Hierarchical proportion in art focuses on the importance of the subject matter, in other words, the hierarchy of figures in a composition to denote their status or level of power or importance in a monarchy or social structure.

This is common in art from ancient cultures like Egypt, Sumer, India, and others.

A hierarchical proportion in art example includes the Egyptian Palette of King Narmer (c. 3000-2920 BCE), which depicts the larger-sized figure of the pharaoh in the center, surrounded by smaller objects and figures. 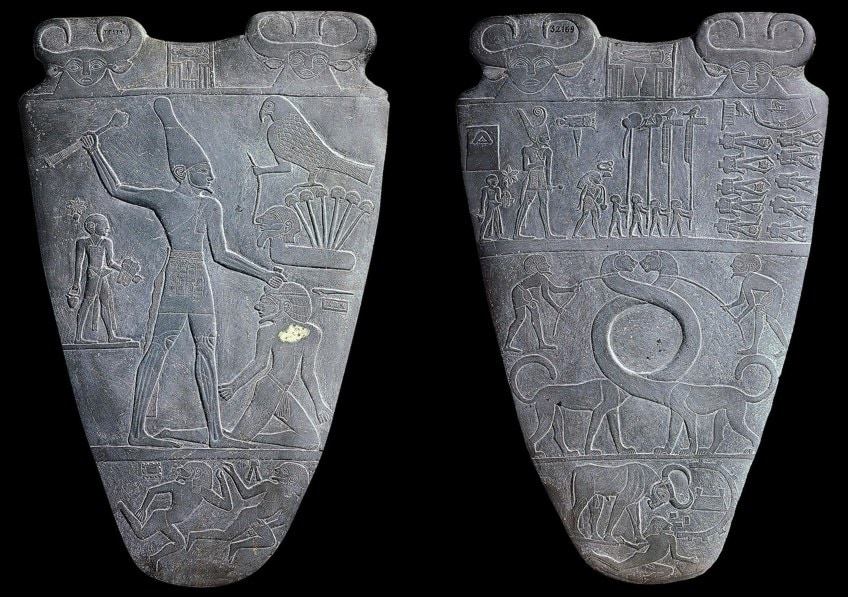 Both sides of the Narmer Palette (c. 3100 BC), Egyptian Museum, Cairo; Unknown, perhaps more than one, Public domain, via Wikimedia Commons

Another example, also Egyptian, includes Nebamun fowling in the marshes (c. 1350), which depicts the figure of Nebamun standing on a boat with his wife and daughter, who are depicted as smaller figures. This is from the Nebamun Tomb-chapel, which depicts the dead figure in the afterlife as happy and vibrant. His larger figure presides over the composition emphasizing his stature. 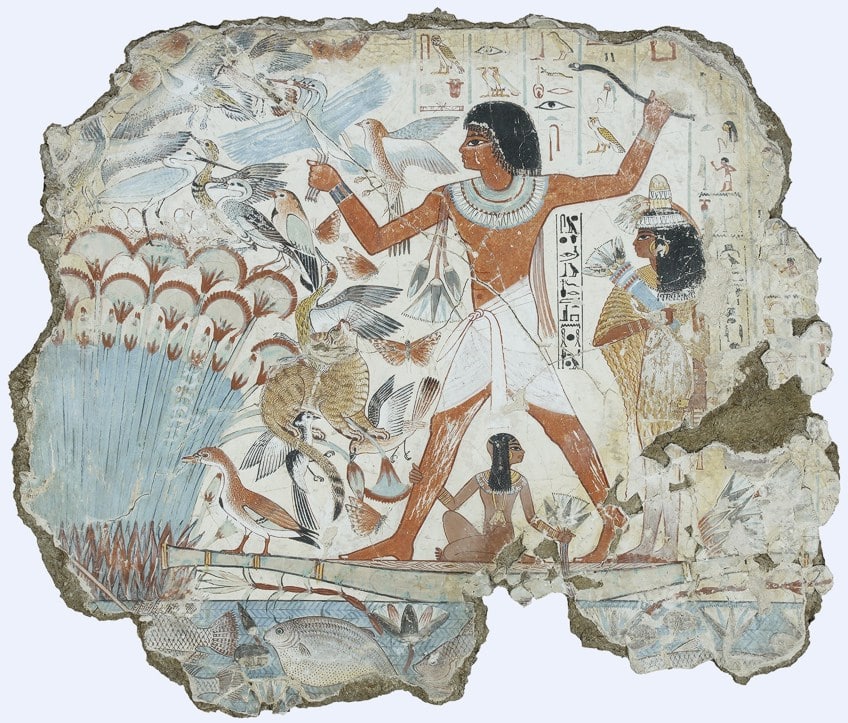 Out of proportion in art simply refers to the subject matter, be it figures or objects, that are not in proper proportional relation to one another. For example, a figure’s head could be the size of an apple in relation to the rest of the body, which appears larger.

Out of proportion in art can be interpreted in two ways.

Namely, it can result from an artwork that is intentionally meant to be out of proportion to emphasize an idea, like the altered proportion we discussed above, or it is done by “accident”, which means that the artist did not convey the correct measured proportions in the composition. 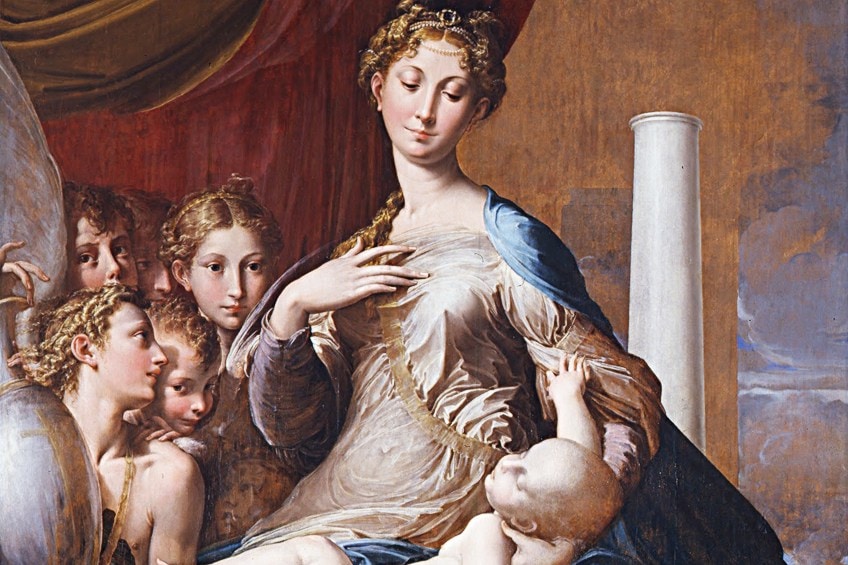 Madonna and Child with Angels, known as the “Madonna with the Long Neck” (1534-1540) by Parmigianino; Parmigianino, Public domain, via Wikimedia Commons

Some of the out-of-proportion in art examples include the Surrealist work by René Magritte, Personal Values (1952). Here we see a room with everyday objects like a comb, a wine glass, matchstick, shaving cream foaming brush, soap, a bed, a cupboard, and rugs.

Magritte changes our perspectives of these items by depicting them disproportionately, mostly too large for how we know them to be.

Another Surrealist artwork includes The Elephants (1948) by Salvador Dalí, which depicts two elephants with elongated legs that appear wholly out of proportion to their bodies. This painting is believed to symbolize ideas of weight and power, as is characteristic of elephants, and weightlessness due to their thin and gangling legs.

Summary of Proportion in Art

In this article, we explored that proportion is part of the several principles of art that work alongside the elements of art. Additionally, as one of the principles of art, proportion has different types that can be used as techniques for different artistic purposes. Proportion in art has significant versatility and can be applied in numerous ways to make artwork appear either out of this world or proportionally precise. Proportion enables artists to visually portray and convey messages or ideas and emphasize the primary subject matter.

Take a look at our proportion art webstory here!

What Does Proportion Mean in Art?

As one of the principles of art, proportion refers to how parts of an artistic composition, whether it’s a human figure or a face, or other objects that make up the subject matter, relate to each other in size, referring to its dimensions.

What Are the Types of Proportion in Art?

What Is the Difference Between Scale and Proportion in Art?