by artincontext
in Artworks, Other Art Forms 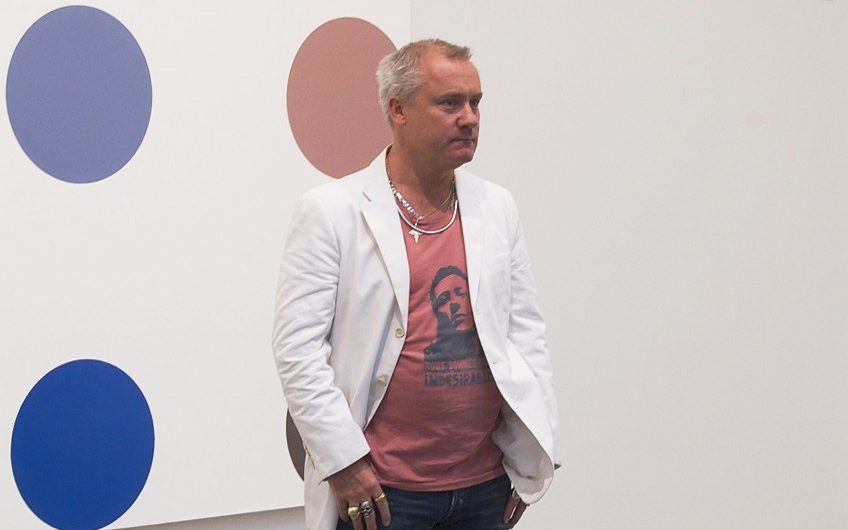 Damien Hirst, the renowned artist from England, has uniquely jumped on the NFT wagon with his new NFT currency initiative, called The Currency. But how does Damien Hirst’s NFT work? In this article, we take a look into Damien Hirst’s The Currency and see what all the fuss is about.

This NFT currency is said to be an artwork divided into two separate forms. Damien Hirst’s The Currency takes the shape of 10,000 hand-painted A4 pages covered with bright dots. Each sheet, like paper money, comprises a holographic picture of Hirst, an autograph, a microdot, and a brief unique message instead of a serial number.

The second component of the design is that each of these hand-painted pages corresponds to an NFT. 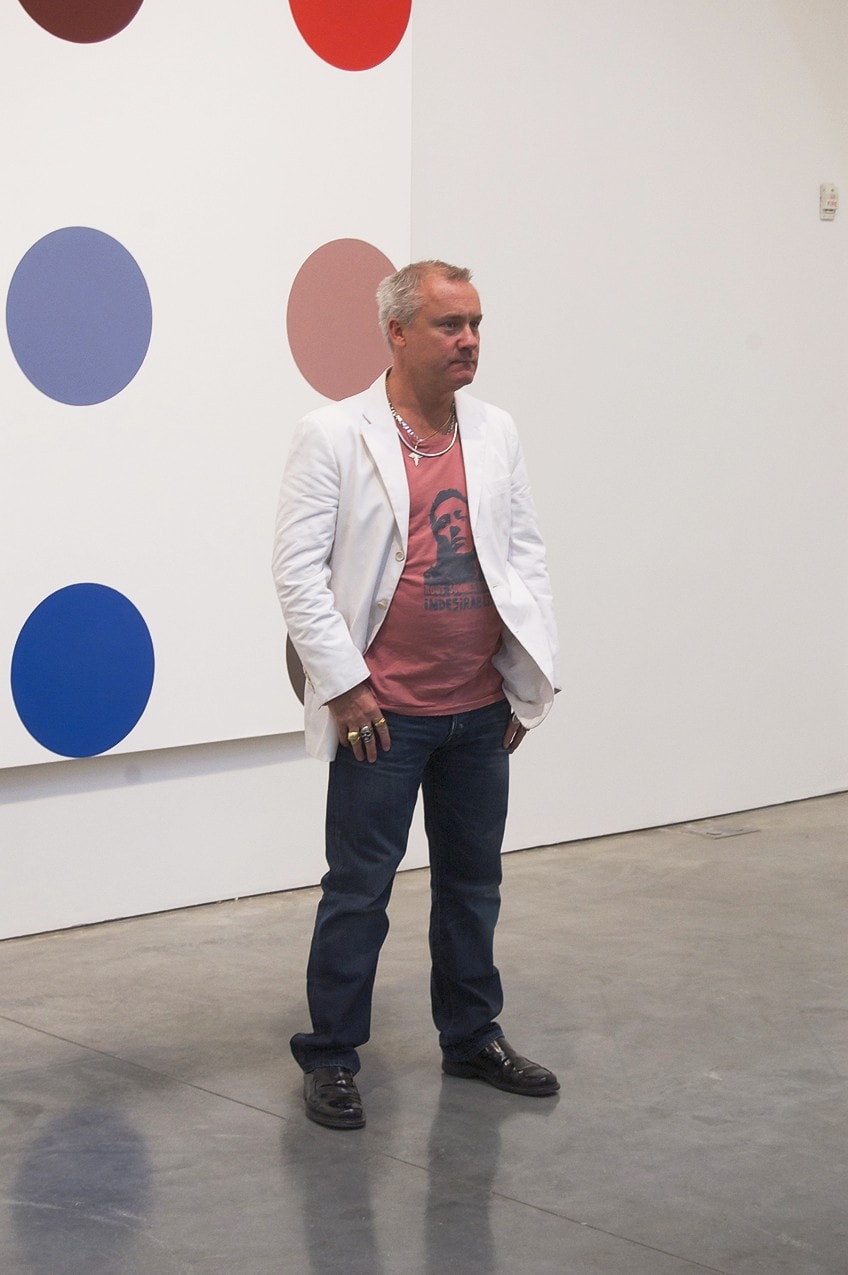 NFTs are electronic documents of ownership that reside on blockchains, which are safe web ledgers. The Currency operates in such a way that purchasers will not immediately purchase tangible artwork. Rather, they will invest $2,000 for the NFT and then select whether they want the physical or digital version after a year. When the collector chooses one, the other is obliterated.

So, what exactly is going on around here, and what does it say about artwork and income?

Hirst has effectively invented a new type of money, based on the premise that money is fundamentally a social phenomenon based on confidence and trust. In doing so, he brings up an intriguing conundrum. A nonfungible token is one of a kind.

This is in contrast to fungible objects such as dollars, which are all the same and may be traded like-for-like—much like many cryptocurrencies including dogecoin and Ethereum. According to classical economics, one of the key qualities of any commodity is fungibility. But is everything as it appears?

Hirst is emphasizing through the distinct marks of each piece that even fungible currencies have certain nonfungible qualities, such as separate serial numbers and issuance dates on each note, by generating 10,000 individual units that mirror actual currencies.

This emphasizes the fact that money is a notion that becomes increasingly difficult to define as one examines it more deeply. The work further challenges our understanding of money by raising concerns about another of its key properties—that of a means of exchange. A prominent artist’s work is seldom thought of as a medium of trade. Instead, it is typically seen as a rare store of value, similar to gold. Hirst wonders if it has to be this way.

He is definitely having fun by generating 10,000 pieces in the manner of a currency, demonstrating how money is elastic and can shape-shift based on the circumstance.

Can Initiatives Like Damien Hirst’s The Currency Redefine Art?

Which is more important, physical or electronic art? Hirst is not the first to pose this topic about NFTs. A few years ago, a business called Injective Protocol paid $95,000 for Banksy’s 2006 painting Morons, which satirizes an art auction. The item was then destroyed live on Twitter, leaving just a digital version on an NFT. The NFT was later sold for $380,000. Injective has smartly opted to capitalize on our love for the tangible over the digital.

By demolishing the physical copy and then stating that the NFT certification would stand in for the image, they highlighted the advantage that an NFT could be damaged by thieves like themselves.

This was a statement on the perennial subject of whether NFTs truly imply possession, at a time when interest in NFT artwork and other collectibles had skyrocketed, with some fetching millions of pounds. Many people are perplexed as to why someone would believe that having a digital copy rather than a “real” artwork qualifies ownership at all.

Hirst understands this. He approaches the issue of ownership by reducing it to its most basic commercial and economic form – literally, the work as money. When people are expressing surprise at NFTs, what they truly mean is, “How can you spend a lot of money on something so worthless?” The majority of people continue to reject the notion that digital ownership is akin to physical possession.

He uses this to demonstrate how value makes no sense when it is isolated from the specific culture that has assigned it that worth. To the other, each society is a mystery. Zoom out, and they’re closer than they think, eventually connecting as Hirst fans. For the majority of individuals, the mystery remains in the NFT community.

This culture is made up of fervent blockchain aficionados and crypto-natives, or young individuals who grew up with cryptocurrencies. A blockchain wallet maintains its value for them. This can include fungible currency such as Ethereum and bitcoin, but it is also increasingly referring to their art collection. These collections reflect their likes and activities, and they reveal a little something about who they are and what they cherish.

Somebody who chooses to accept the NFT of Hirst’s artwork and refuse the physical form after a year is a particularly evident illustration of this.

What better way to demonstrate your devotion to a blockchain future? When the term is up and we observe how many individuals decide to maintain the NFT, it may provide an intriguing indication of how far this new digital generation has progressed.

That concludes our look at Damien Hirst’s NFT initiative titled “The Currency”. According to the British designer, NFTs are transforming the world, but not necessarily in the way that the media portrays. Hirst, for instance, stated that people feel money has worth because it gets “a little leg up with art,” an assertion similar to what many opponents have made regarding social network currency pumps and dumps: some prices only grow as a result of exaggerated values caused by high-profile personalities. He has stated he would “love it” if someone could use his “The Currency” image as official NFT currency someday because of its worth as a nonfungible token, but he thinks most people will prefer to maintain the physical picture.

What Is Damien Hirst’s The Currency?

The Currency, Hirst’s most recent art installation, consists of 10,000 A4-sized pieces of handmade paper covered with extremely similar but not identical colored dots. Each is identified with a number and signed by the artist on the reverse, along with an artistic title. Each features a watermark, a microdot, and a hologram to make it difficult to fabricate, just like genuine modern bank notes. Hirst has turned this into an intriguing experiment in the very irrational dynamics of collectors and blockchain technology.

Who Is Damien Hirst?

Damien Hirst, a renowned and provocative artist, emerged as a key player in the Young British Artists scene in the late 1980s and early 1990s. His pieces, which also include dead animal exhibitions and spin-art canvases, have fetched exorbitant sums. Hirst is one of the wealthiest painters alive today. Damien Hirst, a British designer, has stunned and amazed the art world with his strange works, which include glass exhibitions of animal carcasses and medical cabinet sculptures. 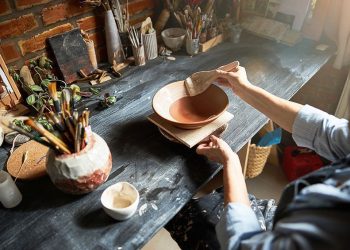 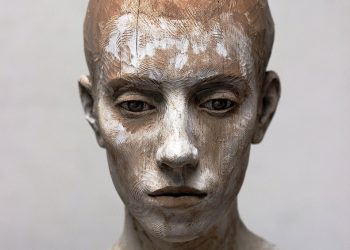 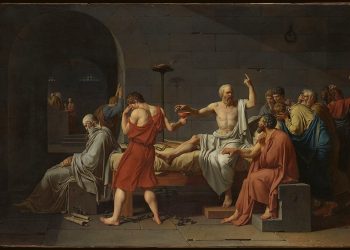 “The Death of Socrates” by Jacques-Louis David – An Analysis