What Is 3D Art? – The Different Aspects of Three-Dimensional Art

by artincontext
in Art History, Other Art Forms 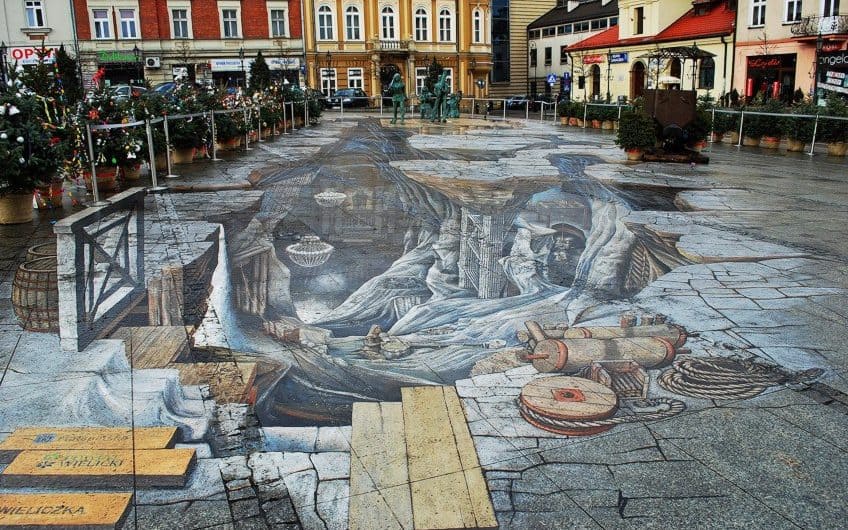 What is 3D art and how do we define three-dimensional art? If we refer to anything that can be viewed from all sides and touched as three-dimensional art, then it becomes apparent that much of art has been 3D throughout time, such as the first beads that were worn, or the early clay sculptures made by our ancestors. Nowadays though, 3D has come to encompass many mediums and forms beyond the traditional sculptural types and several exist that cross the boundary between 2D and 3D art such as three-dimensional paintings. Let’s explore this style further by looking at various three-dimensional art examples and types.

Classic three-dimensional media such as reliefs and sculptures have existed since the dawn of time as proof of people’s yearning for artistic expressiveness.

For ages, sculptures have been the main three-dimensional art forms, changing continuously across different time periods of art history. However, innovative art groups that flourished in the 20th century questioned the traditional idea of fine art by employing unorthodox art mediums to communicate their aesthetics and beliefs. As a result of this process, performance and installation art emerged as modern versions of three-dimensional media.

Originally, humans made sculptures out of wood and stone. A little, stone-carved female figure from 230,000 years ago was the first preserved art piece. Throughout Europe, similar figures have been discovered.

These statues are said to represent fertility and to have played important roles in numerous rites and festivities.

This is the dominant three-dimensional form that has existed since antiquity. It is, as the name implies, a standalone art item that typically depicts humans, animals, or abstract themes. Artists build sculptures out of wood, stone, or metal, and the appropriate art media is determined by the scale and intricacy of the piece. 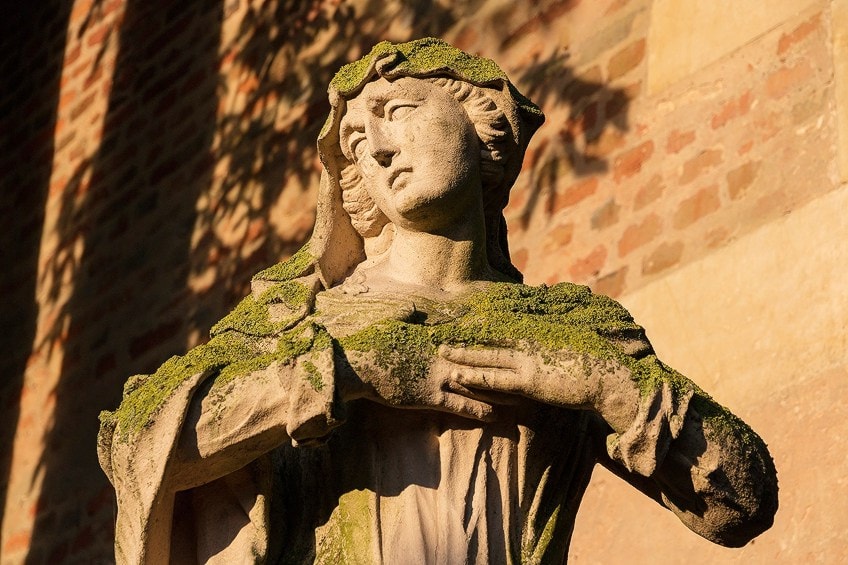 Relief carvings, as compared to free-standing sculptures, protrude from the backdrop as pieces of a bigger work of art. There are numerous forms of relief. Bas reliefs are three-dimensional compositions in which figures stand out against a backdrop. High-relief art forms, on the other hand, include sculptures that protrude prominently from the foundation.

Sunk relief sculpture is an art form associated with ancient Egypt in which depicted images are carved into the base. 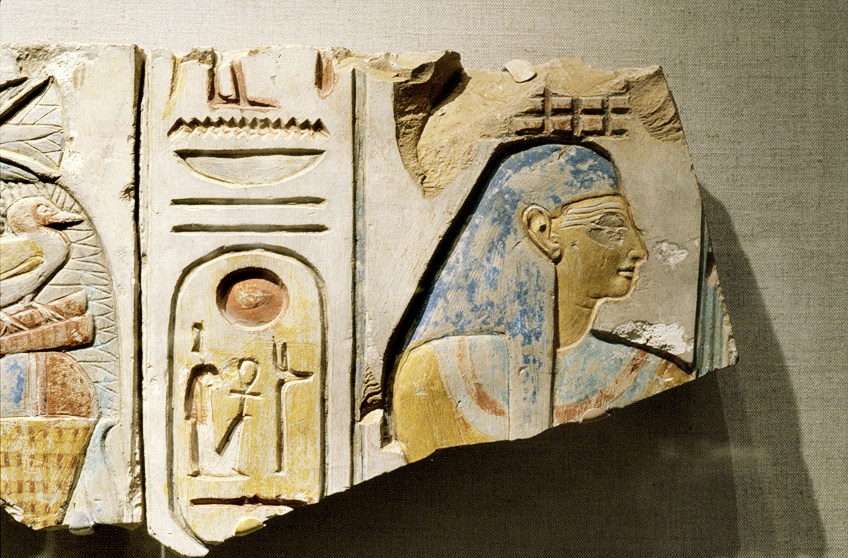 Sculptures and statues can be created in many ways. These are not the only examples of 3D art though. Let’s now look at a few traditional and modern ways in which we can create 3D sculptures as well as other types of 3D artworks, such as papercrafts, digital works, and installations.

Artists have used a variety of ways to shape wood, stone, metal, or clay into specific art objects. The art media you use is determined by the type of statue you intend to create. When making three-dimensional art, individuals typically utilize the following art techniques:

Carving in wood or stone is the method of cutting off bits of substance until you get the required shape. As a result, it is characterized as a reductive method. This is one of the earliest art forms, dating back to ancient times. Wood is lightweight and can handle very small details, but it does not survive long. It is uncertain how the totem pole practice evolved as a mechanism for telling ancestral stories.

The majority of Japan’s, China’s, Africa’s, and Oceania’s notable sculptures are made of wood. Significant ritual masks, notably in Africa, were made of wood and were elaborately crafted. 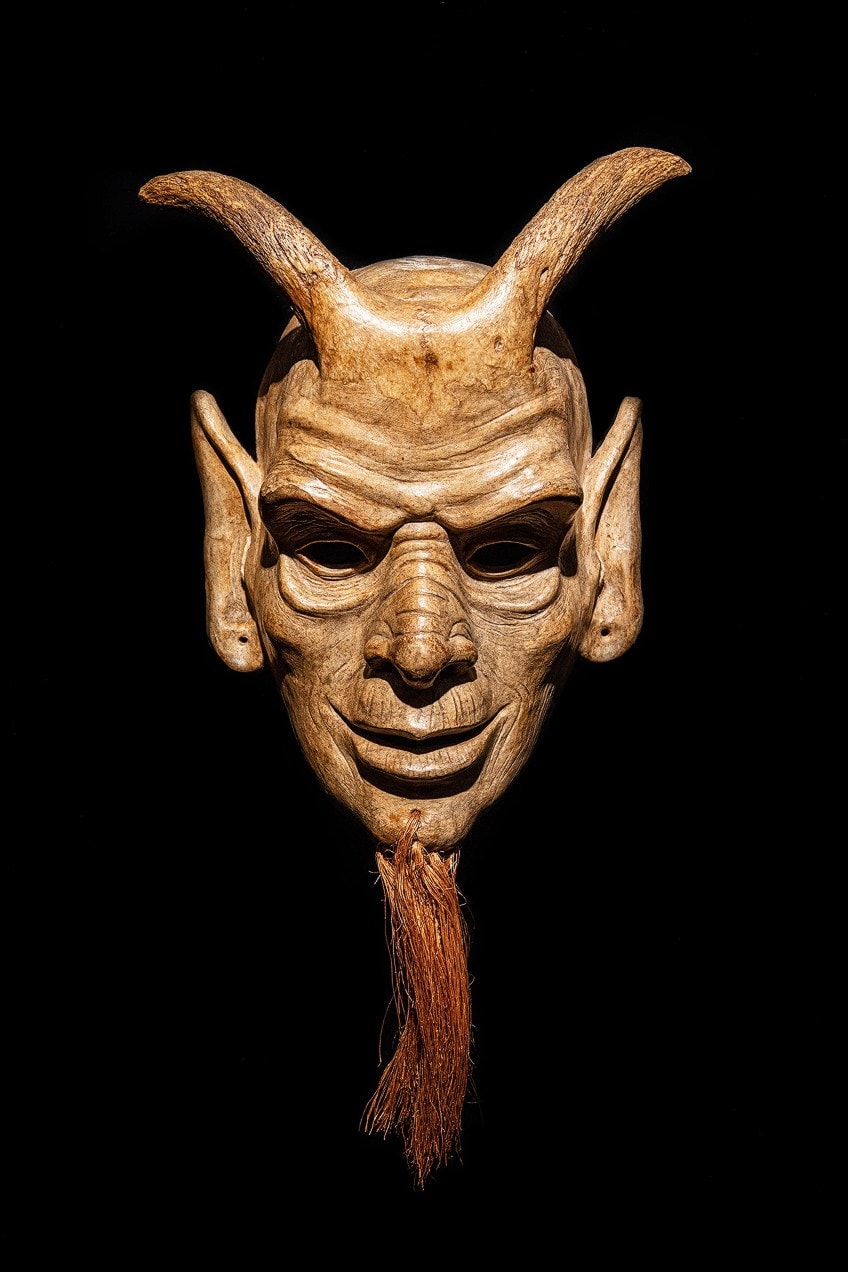 Casting is an artistic technique usually used when dealing with metal as a medium. The process involves pouring liquid metal into pre-fabricated molds to construct massive statues. Sculptures cast in bronze are typical examples of this artistic process. However, besides metal, there are other materials that one can also cast with.

Concrete, epoxy, plaster of Paris, and clay are a few other examples of other time-setting materials that solidify after mixing two or more components together. 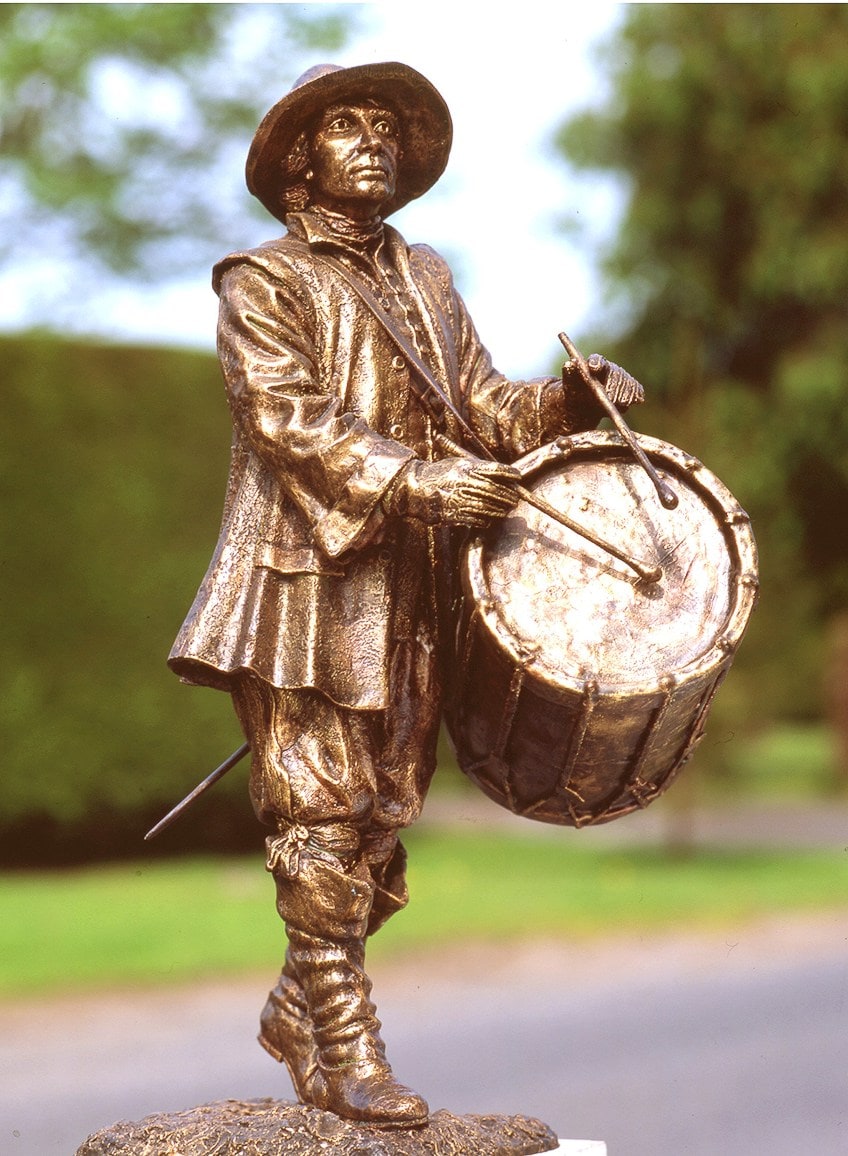 Glass casting is done by pouring molten glass into a mold and allowing it to solidify.

Glass blowing is a method that includes collecting molten glass from a furnace and directing it through a blowpipe to make glass bubbles. Etching methods can entail adding acid to the glass’s surface or blasting it with gritty materials to modify its texture and aesthetic.

Yet another traditional technique is welding. Welding is a unique way of combining two metal parts to produce a sculptural element. This approach is commonly used in the construction of three-dimensional objects that combine several materials. Welding in itself can be considered an art; it is the aesthetic creation and expression of what is both attractive and precise.

It is also a science that requires experience to determine accurate heat inputs, amperages, and voltages that can be utilized to join two metal components as if they were one.

Older clay methods necessitate the use of a kiln, therefore air-drying clay is a more convenient choice. However, it is soft and flexible, making it inappropriate for some objects for which conventional means are more efficient. Ceramic clay is a water-based compound produced from clay minerals and other raw materials that are baked to make earthenware, porcelain, and terracotta.

For ages, civilizations all around the world have used ceramic clay.

Oil-based clays are produced from a mix of waxes, oils, and clay minerals; oil-based clay remains flexible even when stored in a dry environment for extended periods of time. Oil-based clay is utilized by animators who have to bend and position their models regularly; it may be used as a modeling material for concepts, and the replica can be created from more permanent materials.

Pyrography is the process of embellishing wood or other materials with a fire-heated tool capable of leaving scorched imprints. Generally, light-colored woods such as basswood, sycamore, beech, and birch are utilized, and they can be colored once the design is burnt in. Tanned leather and vegetable gourds are typically used for pyrography, but not conventional leather; contemporary tanning processes contain chemicals that are harmful when burnt, so instead they utilize vegetable-tanned leather.

Traditional pyrography employs the use of any metal tool warmed in a fire, such as a poker.

Paper is a versatile material that may be bent, folded, curled, trimmed, glued, molded, threaded, or layered. Papercrafts are now an important element of children’s education, because of the mass manufacture of affordable paper that was unavailable in the ancient world.

Paper is not only inexpensive, but it is also the easiest medium for youngsters to use when creating three-dimensional art as opposed to pottery, wood, and metals.

In Japanese origami, paper is also utilized to create stunning three-dimensional artworks. Quilling, which includes rolling, shaping, and attaching strips of paper, has been fashionable since antiquity when book margins were used. Yet, the origins of quilling have been debated, with some historians saying it began in Ancient Egypt and others claiming it began during the Renaissance.

The 20th century saw an end to the dominance of classical art. With their pieces of art, Rodin and other 19th-century artists influenced this transition. Finally, sculptors began to look for new role models. Three-dimensional artists were greatly influenced by African sculptures and Aztec masks. This century also saw the emergence of three-dimensional glass art. Artists began to recognize the advantages of glass, which allowed for shape and modeling.

Performance and installation arose in the art scene as intriguing and unique three-dimensional art forms. Artists wanted to confront sculpture as the dominating form by producing large-scale installations out of unusual materials. They hoped that by doing so, they might highlight the topics they were concerned about and make them more accessible to a wider audience.

Performance art projects might include a large group of people or only the artist themselves. These can be multimedia presentations with video projections or lighting effects, or they could be based on the artist’s engagement with the audience. One of the main advantages of performance art is that it allows creators to pick the best approach to express themselves.

Chalk art, street painting, sidewalk art, or pavement art are all kinds of three-dimensional art that are created on the street. This is one of the earliest kinds of three-dimensional painting, dating back to the 18th century. Street painters known as “screevers” were prevalent in England in the 19th century, and the amount of these sidewalk artists only rose over the following centuries.

These images can range from representations of people, fictitious architectural structures, and city pieces to extensive landscapes, waterfalls, and rivers. The photorealistic image produces a stunning effect, and if an observer is appropriately positioned above it, it looks as if they have stepped into the scene.

People usually enjoy and support street painting because it adds a unique and pleasant touch to their everyday routines. The same illusionary effect may be achieved by creating a sketch or a painting, although studio artwork with three-dimensional features is not commonly referred to as three-dimensional art. Although it is obviously illusionistic, this kind of art is typically connected with other styles. 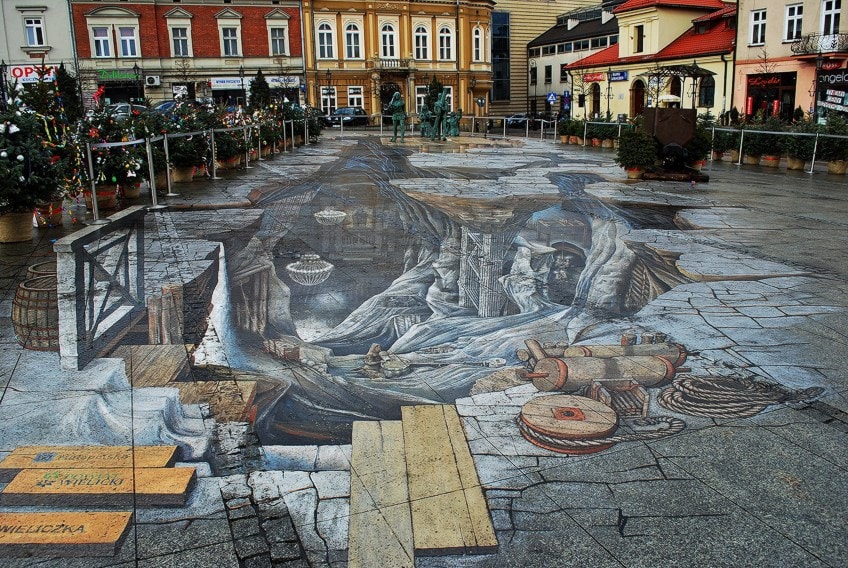 Three-Dimensional computer graphics are still visuals created using powerful creative software and designed with geometric shapes. These graphics, often known as three-dimensional models, are mathematical depictions of real objects. These models are not limited to the binary world because they can be physically reproduced using a 3D printer.

Three-dimensional art produced with a computer has qualities that are the closest to photorealism.

Images created in this manner can replicate the actual world so well that it is often impossible to tell the difference between a software-rendered digital depiction and a photograph. They offer diverse applications, and as technology progresses, we anticipate being even more amazed by the new images emerging from the digital realm.

Three-dimensional art encompasses a large portion of art in general. If we look at the above three-dimensional art examples that we have explored today, it becomes clear how overarching the term really is. From the first clay figures and primitive bead jewelry of our ancient ancestors to the most cutting-edge computer-generated images currently available, the desire for humans to create objects that replicate the real world (and the imagined world) has existed nearly as long as we have.

What Are a Few Three-Dimensional Art Examples?

The most prominent example of three-dimensional art is sculptures. Man has been making three-dimensional objects and figures since the dawn of time. Ceramics and pottery are also three-dimensional. Glass art is also a three-dimensional medium that requires great skill, but the results are truly stunning. Paper crafts are an affordable and fun group of art styles that can even be enjoyed by young children. Yet, in the hands of experts like the Japanese, simple papercrafts can be elevated to fine art, such as origami. Pyrography is another three-dimensional art style that has been around for many years and involves burning images onto wood.