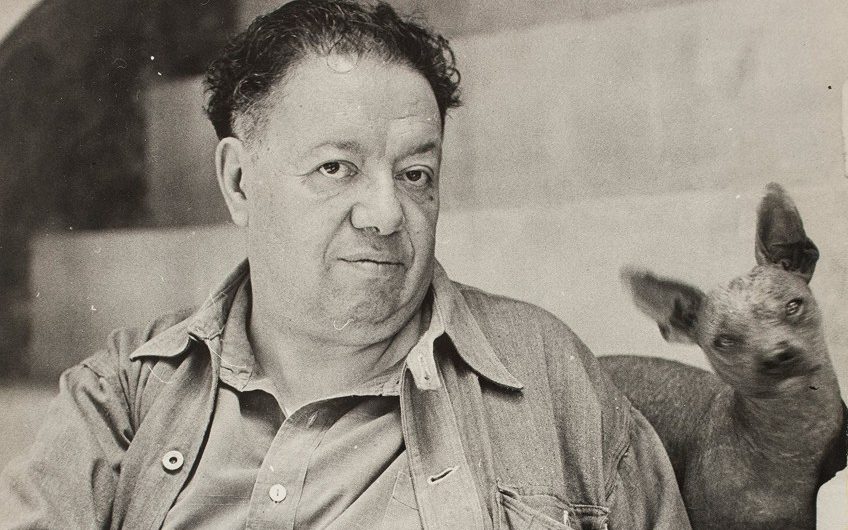 Diego Rivera’s famous flower painting The Flower Carrier from 1935 is a colorful rendering of a burdened man carrying what appears to be a thousand flowers all neatly tucked in a basket on his back. But there is more to this than meets the eye, which is what we will discuss in this article.

Artist Abstract: Who Was Diego Rivera?

Diego María Rivera was born on December 8, 1886, and died on November 24, 1957. He was born in Guanajuato, which is one of the Mexican states. He had a twin brother, Carlos María Rivera, who died over a year after his birth. He was remembered for starting drawing at an early age using the walls in his home; his parents then created a room where the walls were covered in canvas and blackboards. 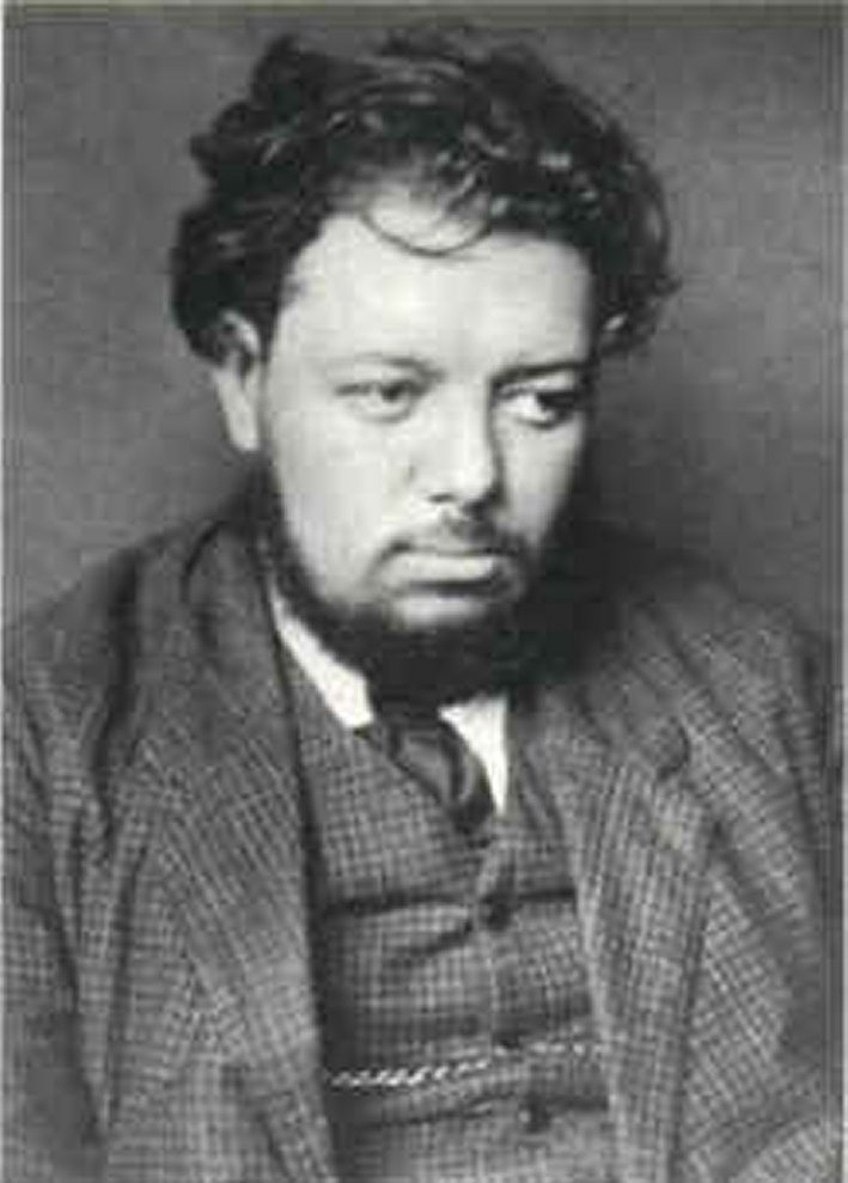 Rivera studied at the San Carlos Academy of Fine Arts and traveled to Europe where he learned about art styles like Impressionism, Post-Impressionism, and Cubism. He also studied traditional Classical art techniques. He was famous for painting murals and was commissioned by numerous organizations, schools, and programs in Mexico and the United States. He married several times, including the famous Frida Kahlo.

He was one of the most important Mexican artists of his time and made art available to the public through his murals.

The Flower Carrier (1935) by Diego Rivera in Context

The Flower Carrier by Diego Rivera is rich in artistic skill as it is in meaning. Below we will provide a brief contextual analysis of this flower painting, which is also called El Cargador de Flores, and how it touches on aspects of capitalism and socialism. We will then explore the subject matter in a formal analysis, including a discussion around various art elements.

There is more than meets the eye when we look at the famous flower painting The Flower Carrier by Diego Rivera. This scene is not just what appears to be a simple act of carrying a flower basket, but an illustration of, and allusion to, socio-economic as well as emotionally charging circumstances in Mexico during the 20th-century, as well as Rivera’s own proclivities towards depicting the “working poor”, as it has been widely described.

The working poor, especially flower sellers, or vendors, is a common theme we see in Diego Rivera’s art, and this is coupled with the emotional intensity that came with the lifestyle of a working man or woman; life was not easy. 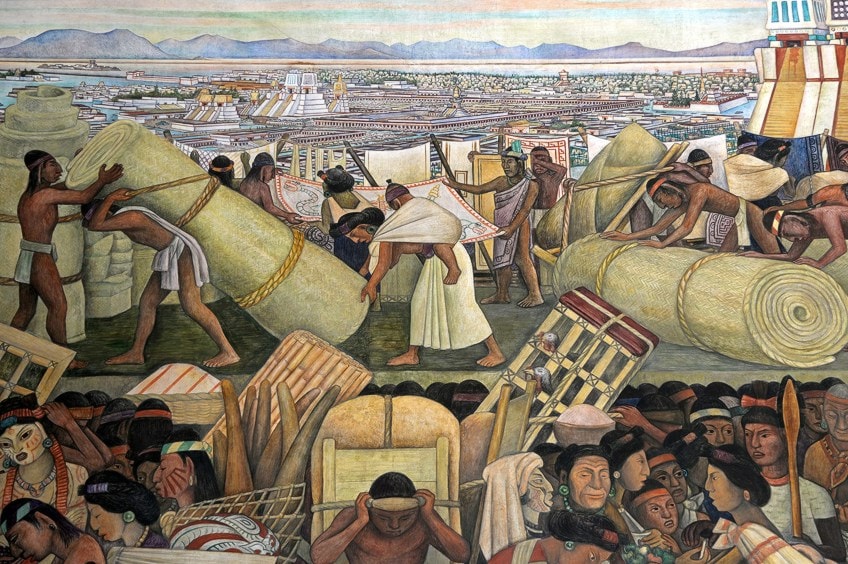 If we look at the time Diego Rivera created this flower painting, which was around the 1930s, it was during the Mexican post-revolution. The Mexican Revolution occurred from around 1910 until around 1920 and saw the overthrow of the dictator President Porfirio Diaz.

Reportedly under his rule, the middle class and “wealthy landowners” received most of the benefits and indigenous Mexicans were forced from their lands by American business owners who capitalized on various resources in Mexico.

The Mexican Revolution ensued because of Diaz’s harsh regime, however, after the revolution, new policies and systems emerged, and among these was the development of muralism. The Secretary/Minister of Public Education José Vasconcelos, elected by General Alvaro Obregón after the revolution, introduced the concept to start murals.

These murals would be available for everyone to see, and the intention was to recreate the ideals of Mexico, its culture, and its perceived identity through public art. It was a way to unify disconnected people. With this, Diego Rivera was among several other artists commissioned to create murals. 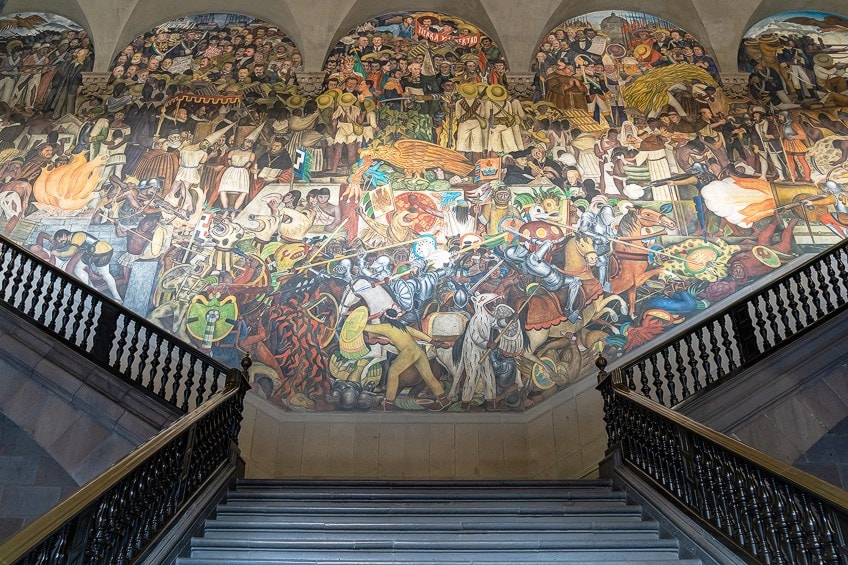 Diego returned from his artistic ventures in Europe in 1921 and has been widely quoted as expressing his joy when he returned, describing it as an “aesthetic rejoicing” and that he saw a “potential masterpiece” in almost everything and everyone around him. This culminated in his renditions of painting everyday scenes like the flower vendors, who were everyday people that everyone could relate to, compared to idealized renditions of far-removed subject matter.

Furthermore, it was Rivera’s interest in and respect, so to say, for the lower classes who needed to work hard to make ends meet. 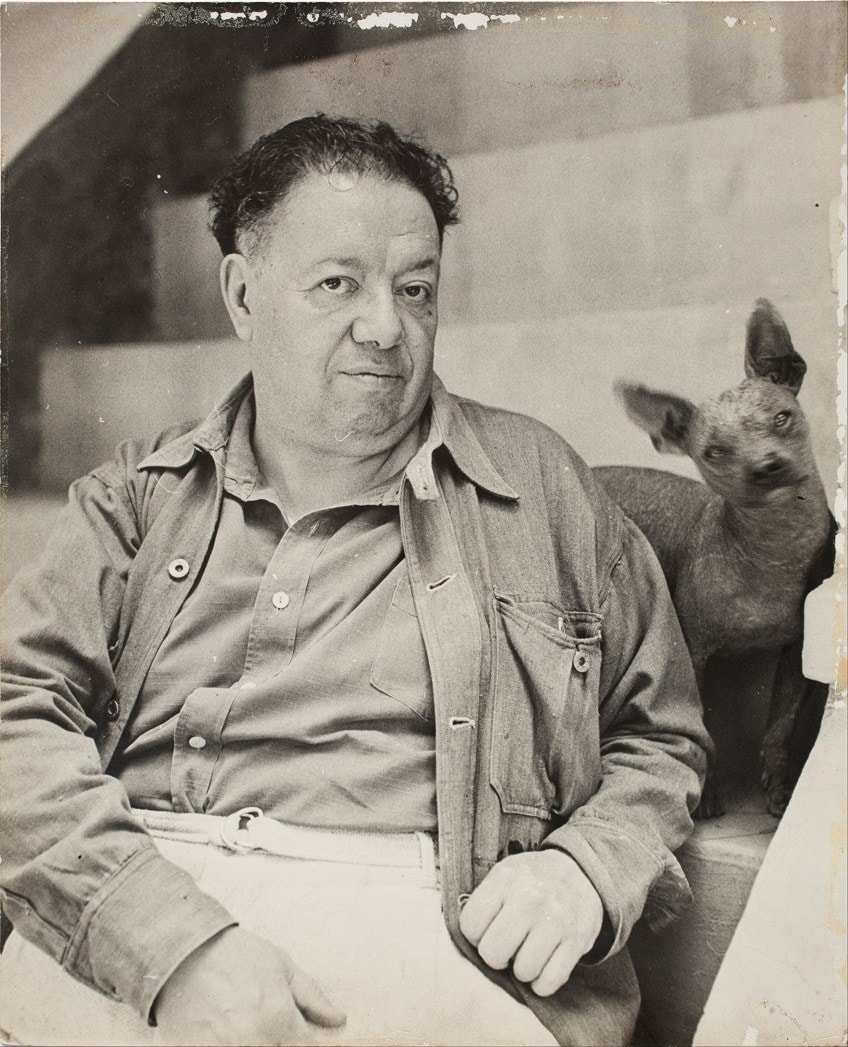 It is important to note here that The Flower Carrier, among other Rivera flower paintings, is not a mural; however, the underlying exploration of the Mexican culture and its people is a significant part of it like many of Rivera’s murals.

Additionally, although these socio-economic issues were close to his heart, and he has been widely attributed to socialism, he also collaborated with businessmen and the advantages of capitalism.

Some of Rivera’s other flower paintings include Flower Day (Día de Flores) (1925), which has been known to be his initial rendition of the flower vendor theme. Other examples include The Flower Seller (1941), Nude with Calla Lilies (1944), and Flower Vendor (Vendedora de Flores) (1949).

Below we will look at the flower painting El Cargador de Flores in more detail, starting with a visual description of the subject matter and Rivera’s artistic techniques and how these interplay with the deeper symbolism of the composition.

There are two figures in this flower panting, The Flower Carrier, by Diego Rivera, namely, a man on his knees and a woman who appears to be in the process of mounting an oversized basket filled with purple and pink flowers onto the man’s back.

Some have described the woman as possibly assisting the man as he is standing up with the heavyweight on his back.

The basket is fastened around the man by a yellowish sling, its knot is visible in the center of the front part of his neck, appearing like a bow, his chin is almost touching it as he is hunched over by the basket’s weight. He is wearing a simple white outfit, a long-sleeved shirt, trousers, a yellow hat with a thin grayish band around it (described as a sombrero), and sandals that appear to be light brown in color.

We can only see part of this man’s face; his eyes are covered by his hat. Both of his hands are splayed on the ground as he supports himself. His right leg is pulled in closer to his body while his left leg is based further outwards as he balances the weight on his back.

Looking at the woman, she is slightly bending over as she positions the large basket, her left hand is held under it. She is wearing a light bluish/purple shawl over what appears to be a white blouse underneath and a full-length reddish skirt. We can see part of her left foot behind the man’s out-turned left leg and foot. Additionally, she is not wearing a hat, and her hair appears to be fastened. The background is composed of green foliage and the two figures appear to be on a dirt pathway or road.

While the exact location is unclear, the two figures are the primary focal points in this composition and stand out compared to the background.

The figures in the foreground are brighter in their colors compared to the background, which is composed of more monotones like greens. The foreground is filled with reds, yellows, whites, and then the beautiful pinks and purples of the flowers in the basket, which appear even brighter in their tones. Overall, Diego Rivera depicted this scene in a bright bouquet, so to say, of colors.

We will also notice areas of shading, which provide a contrasting effect. There are darker areas in the background, while in the foreground there appears to be a possible unknown light source highlighting the figures.

The texture of the paint is visible in this composition and is possibly also due to the materials Rivera utilized, which was a Masonite board. We can almost see how the paint was applied to the board, which some sources have indicated was rubbed on.

Diego Rivera was known for utilizing dark outlines around his figures, and this we notice in the two figures, which further emphasize them. Additionally, there is an overall enlargement of shape and form in this flower painting. The figures are not depicted in anatomical correctness, but this was clearly not what Rivera intended.

There is a significant focus on curved shapes and forms.

Beauty and Burdens in a Basket

Although there are beautifully pink and purple flowers in the basket in this flower painting, they represent more than just beauty. Many have compared the flowers to the rich and wealthy and the irony of this is, that although the flowers are light the man is still weighed down by this basket, which ultimately symbolizes capitalist ideals. This is a painting laden with the burden of the harsh reality between the rich and the poor.

Along with many other paintings and murals by Diego Rivera, “The Flower Carrier” creates a scene that is two-fold; on the one hand, it gives rise to pertinent socio-economic challenges during a post-revolutionary time in Mexico for its people. On the other hand, it showcases the beauty of a culture. The basket becomes a conduit of beauty and burden.

Who Painted The Flower Carrier?

What Does The Flower Carrier By Diego Rivera Symbolize?

The Flower Carrier (1935) by Diego Rivera symbolizes the lifestyles of the Mexican working class and the hardships inherent in earning wages, specifically the flower vendors, which Rivera depicted in several of his paintings.

Where Is The Flower Carrier by Diego Rivera Now?

The flower painting The Flower Carrier (1935) by Diego Rivera is housed at the San Francisco Museum of Modern Art in the United States. It was donated by the wealthy art collector Albert M. Bender, who was also Diego Rivera’s patron of the arts.